A bit of Scottish crime with two from Russel D. McLean. 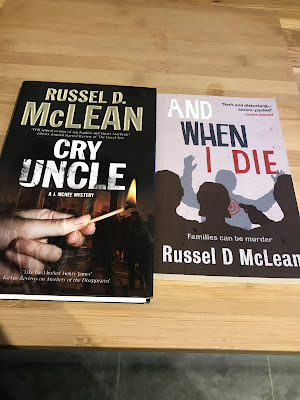 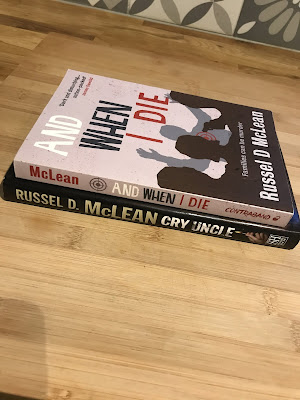 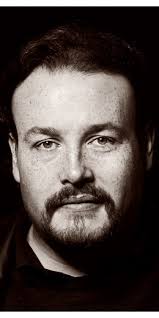 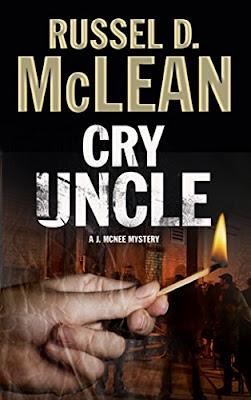 Dundee-based private investigator J. McNee finds himself way out of his depth in his latest undercover assignment

Working undercover on behalf of the police, McNee's mission is to get close to aging gangster David Burns and uncover his secrets. In his role as Burns' new right hand man, he's expected to follow orders and get his hands dirty. But how far can he go before he crosses the line? With the murder of Burns' nephew - supposedly under McNee's protection at the time - the tension ratchets up to breaking point, and McNee finds himself in the midst of a vicious turf war. His cover at risk of being blown at any moment, in this deadly game McNee is beginning to realize he's expendable. To survive, he's going to have to change the rules ... Dark, violent and psychologically gripping, Cry Uncle blends the grit of classic American hardboiled fiction with a distinctly Scottish voice and attitude. 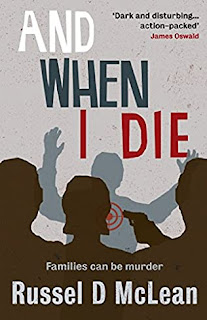 Families Can Be Murder His family believes he's dead. The police believe he's dead. But Ray Scobie, a killer who can't feel pain, doesn't die so easily. Betrayed by his own father, near-fatally wounded and lying in hospital as 'John Doe', Ray wants payback against his family - who just happen to run one of Glasgow's most brutal crime syndicates. Family secrets and old grudges collide with the dark motives of an undercover cop who's strayed beyond his brief to the point of no return. And the cop's still in thrall to Ray's favourite cousin, with whom he's had an illicit relationship, endangering them both.
Posted by col2910 at 06:01