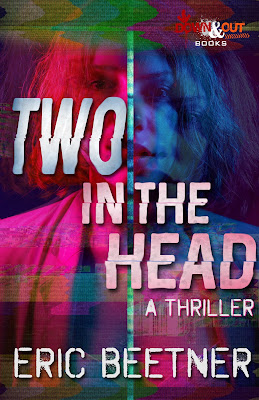 When Samantha awakes she is half buried in bricks and the smoke still swirls in the air. The car bomb didn’t kill her—small miracle. Her unfocused eyes see a figure coming nearer. A shape she recognizes somehow. As the person passes by the orange glow from the car fire’s light, she sees the face. Her face. But how?

The other Samantha stands over her and regards her twin. Something is off about this new face. It is her, sure, but harder somehow. The new Sam turns and walks away, back toward the building she came out of before her car exploded. Back to see the two drug kingpins in the top floor offices. And somehow Samantha knows—back to take the deal she just turned down.

Samantha Whelan is a DEA agent, and not always a straight and narrow one. She’s been taking bribes and doing favors for Calder and Rizzo—twin brothers and big players in narco traffic in southern California—for years. She turned down a deal that night, a deal to make her millions, but it meant killing her fiancé, an assistant district attorney building a case against Calder and Rizzo. And it meant betraying her DEA brethren more deeply than she had so far. It was too much. So Calder and Rizzo tried to blow her up.

What happened then…she split. Samantha became Samantha and Sam. Two halves of the same person. The good side and the bad side. The two opposing forces living within her for so long were now free to fight it out to see who will win control.

So begins a nightmarish rocket ride for Samantha to save her life and the lives of everyone she holds dear before Sam, her bad half, can burn it to the ground.

Praise for TWO IN THE HEAD:

“Two In the Head is a straight shot between the eyes. A gangbusters plot, punch-drunk pace, and gut-punch action propel this black hearted thriller from Eric Beetner.” —J. Todd Scott, author of The Far Empty and Lost River

Fast, frantic and fantastic fun. From the off, Beetner's prose is pedal to metal and never lets up. Sometimes I read to learn something about the world and sometimes I read for the sheer joy of getting caught up in another world .... a distraction with crazed characters, manic energy, an insane plot and the thrill of discovering what happens next. You can probably guess which category this one fits into.

We have a twist on the age old good vs evil question with the conflict fought primarily between our main character, good Samantha and our other main character bad Samantha; with the surrounding world of the DEA, work colleagues, some bad dude drug dealers, a fiance, friends and extended family caught up in the fall out from Sam's - get this - splitting into two after a failed attempt on her life. It's a crazy set-up, but in Beetner's hands I was happy to go all in and buckle up for the ride.

I don't think I've read anything quite like it before. Madder than a box of frogs and completely off the wall.

Underneath though, it does give a slight pause for thought in respect of the consideration of personality and the many facets that compose it. Whether a person chooses to behave with decency and compassion and a respect for fellow man, or if self is all important and the main raison d'etre. All of us I guess have conflicting emotions and drivers and constraints. There's a cracker of a sentence which explains things better than I can.... 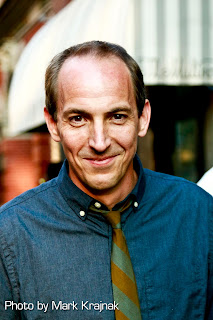 "Everyone has two sides. The good side holds the door open for a person on crutches. The bad side realizes the cashier gave you back too much change and says nothing. Even Mother Theresa gave the finger every now and then."

Overall - great fun and a timely reminder that I ought to spend more time with Eric Beetner's books.

The Year I Died Seven Times, Rumrunners, White Hot Pistol and Over Their Heads (with J. B. Kohl) have been enjoyed before.