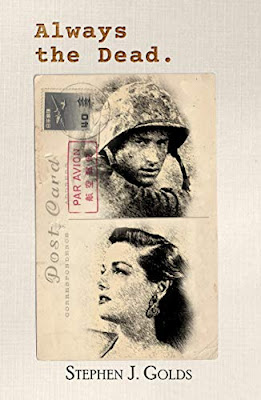 Synopsis/blurb....
Los Angeles, California. 1949.
Scott Kelly is a World War Two Marine veteran and mob hitman confined to a Tuberculosis sanatorium suffering from consumption, flashbacks and nightmares from his experiences of The Battle of Okinawa and a botched hit for Bugsy Siegel.
When his movie actress girlfriend disappears, he bribes his way out of the sanatorium to search for her.
What follows is a frantic search, a manic murder spree, stolen contraband, and a briefcase full of cash.
A story that stretches from the war torn beaches of Okinawa, all the way to the playground of the rich and famous, Palm Springs, California.
An exploration into the depths of L.A crime, PTSD and twisted love.
A semi-fictional novel based around the disappearance of Jean Spangler.

My first taste of author Stephen J. Golds work, but definitely not my last after this dark, thrilling, pitch-black, pitch-perfect slice of noir.

Scott Kelly survived the war ... the madness, the brutality, the horror, the combat, the slaying of the enemy as well as the innocents, the death of friends, the oceans of blood, the severed limbs, the shattered bones and the rest of the carnage .. but it still rages in his head - in his nightmares, infecting his memories of his long departed wife and young daughter. It's a permanent battle scar.

In peacetime, he's done his share of killing for the mob. And he's fallen deep for the wrong woman.

His girl, Jean has gone missing and Kelly, despite his debilitating tuberculosis, despite her frequent betrayals of him, despite his episodes of violence towards her, wants her back.

Batten down the hatches and strap yourself in for a wild ride.... mobsters, old acquaintances, old enemies, War-time comrades, family memories, botched jobs and vendettas, dirty cops, stolen H, hot money, roadside diners, car chases and shoot outs in the company of a ferocious ally and a lot more besides.

Vivid, brutal, surprisingly tender in places. I loved it. Scott Kelly is definitely a troubled man with many flaws, but I was rooting for him nonetheless.

In a harsh novel, Golds manages to inject some lighter moments. My favourite line....

Beth, my ex-wife, had told me once that any man who rode the bus after the age of thirty was a loser in life. I wish she could have seen me then. She always loved to be right.

I also enjoyed the fusion of real life characters into the narrative. Famous and infamous names from the past - Micky Cohen, Bugsy Siegel, Elizabeth Short, Kirk Douglas all feature at some point. As does Jean Spangler. (I'm not actually sure if her surname is mentioned in the book, or just the blurb.) 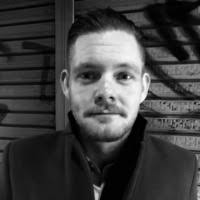