Montreal 1970. The “Vampire Killer” has murdered three women and a fourth is missing. Bombs explode in the stock exchange, McGill University, and houses in Westmount. Riots break out at the St. Jean Baptiste parade and at Sir George Williams University. James Cross and Pierre Laporte are kidnapped and the Canadian army moves onto the streets of Montreal.

A young beat cop working out of Station Ten finds himself almost alone hunting the serial killer, as the rest of the force focuses on the FLQ crisis. Constable Eddie Dougherty, the son of a French mother and an Irish-Canadian father, decides to take matters into his own hands to catch the killer before he strikes again. 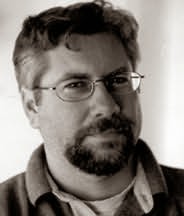 Set against actual historical events, Black Rock is both a compelling page-turner and an accomplished novel in the style of Dennis Lehane.

This is the third novel I have read by Canadian crime fiction author, John McFetridge following on from Dirty Sweet and Swap aka Let It Ride.  McFetridge’s books have been compared in the past to both Elmore Leonard and Ken Bruen, both favourites of mine, so it was pretty much a no-brainer that he would make it onto my reading radar at some point.

Black Rock takes us back to the early 70’s in Montreal and a time of social unrest not just in Canada; but worldwide, with protests in the US and Europe mainly against America’s involvement in Vietnam, but also race riots, student riots and a more prolonged period of unrest in Ireland.

Being of an age where I would have been 6 when the events described within Black Rock happened and having no knowledge of the political situation in Canada at the time, I was happy to get myself a bit of an education. The Front de libération du Québec was a terrorist organisation committed to seeking independence for Quebec from the rest of Canada. In the late 60’s and early 70’s there were a multitude of bombings, riots and eventually kidnappings for ransom with safe passage to Algeria or Cuba demanded for the perpetrators as well as $500,000 in gold bar.

Black Rock is set against this back-drop where police resource and attention is diverted away from investigating crime to chasing around after the FLQ and reacting to the bombing campaign. Our focus in the book is Eddie Dougherty a young patrolman who is frustrated in his duties and wants to make a difference. For Eddie making a difference will be catching the Vampire Killer who so far slain three women. Eddie gets the attention of a homicide detective when a local girl in his childhood neighbourhood disappears, a suspected victim of the elusive killer.

Dougherty is a well-drawn character with depth to his persona. We learn about his upbringing, his childhood and education, as well as run-ins with his peers in the neighbourhood. There’s the previous conflict with his father over his choice of career, his on-going relationship with his parents and the continuation of family squabbles, this time between his parents and his younger sister Cheryl. Family drama is realistically portrayed. Eddie now a man has reconciled with his father and after a degree of separation is back in the family fold having attained a measure of equality with his dad, now more tolerant and accepting of his son’s choices.

Eddie under the tutelage of Detective Carpentier progresses the investigation. Along with his girlfriend, Ruth and her studies and interest in the killings and her theories on progression, Eddie moves closer to catching his man.

An interesting book, with McFetridge expertly weaving fact and fiction together to produce a satisfying read. Some enjoyable pop culture references, even though I wouldn’t claim to be a big fan of Joplin, Hendricks or Morrison.

I still have a few McFetridge books to get to. Below the Line, Everybody Knows This is Nowhere and Tumblin’ Dice await me, hopefully later this year. (Potential Canada Challenge?)