Ha, five months after the event and most definitely more for my own amusement than anyone else's - and before they vanish totally from the memory banks.... 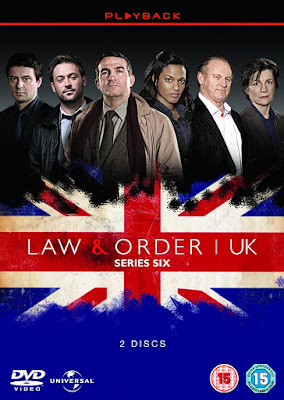 Law and Order UK - Series 6 (2011/12) - ITV Drama
Missed this series first time around when it aired which was disappointing. I was a fan of the US show and have enjoyed this one just as much. I like the set up, with the crime, the police and the prosecution case. I like the main man, Bradley Walsh as the ever present detective, which all the other main players having been replaced by fresher faces. There is a season 7 and 8, but I might need to track down a DVD for them as they didn't get a re-run this time.
From IMDB.....
S6, Ep1 - Survivor's Guilt
A drive-by shooting outside the Old Bailey leaves one police officer dead and another wounded in what appears to be a targeted attack on a witness giving evidence in an attempted murder trial.
ImmuneS6, Ep2 - Immune
A bungled robbery leads to a have-a-go hero being shot dead and a hostage seized by two armed gunmen.
S6, Ep3 - Haunted
The deathbed confession of a petty criminal to the murder of a teenage girl leaves DS Ronnie Brooks shaken to the core as he is forced to reopen a case he thought he had put to bed fourteen years ago.
S6, Ep4 - Trial
The murder of an elderly janitor in his home one afternoon is carried out with such precision and planning that the only evidence the killer leaves is designed to lead the detectives a merry dance.
S6, Ep5 - Line Up
A murder enquiry is launched when a concerned citizen alerts the police to a shocking video spreading like wildfire on the web.
S6, Ep6 - Dawn Till Dusk
Over one long day, the team work flat-out on three separate cases involving a serial killer, a family dispute turned murderous, and an accusation of police intimidation.
S6, Ep7 - Fault Lines
The frenzied stabbing of a police forensic lab technician unsettles our team in a way they never expected when DS Sam Casey falls for the killer’s next intended victim. 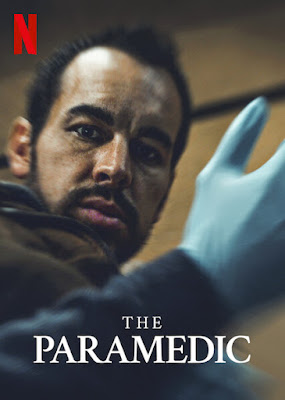 The Paramedic (2020) - Netflix Film
Another tense edge of the seat drama, with a few moments where you find yourself yelling at the screen, imploring a character to get out and get away. It's a Spanish film which we watched dubbed in English. None of the cast was familiar to me, but it didn't stop us enjoying it. Make sure you have a cushion handy to cling on to if you view it.
From IMDB....
Angel works in an ambulance service. After a tragic accident, his personal life begins to deteriorate as he becomes more and more suspicious of his partner Vane. 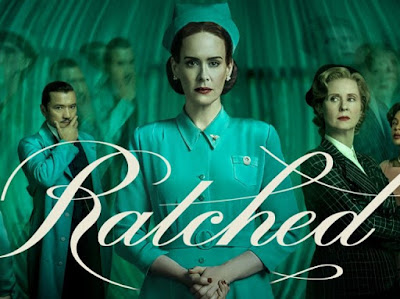 Ratched - Season 1 (2020) - Netflix TV Drama
One I enjoyed without ever being stunned and amazed. I do like seeing Sarah Paulson on screen. I'm not putting my life on hold waiting for the second series.
From Wikipedia....
Ratched is an American psychological thriller streaming television series created by Evan Romansky, developed by Ryan Murphy and starring Sarah Paulson in the title role. The series, a prequel to Saul Zaentz's 1975 film One Flew Over the Cuckoo's Nest (based on Ken Kesey's 1962 novel of the same name), depicts the life of Mildred Ratched prior to the events portrayed in the film, albeit in a different state (California as opposed to the film's Oregon). Ratched received a two-season series order; the first season premiered on Netflix on September 18, 2020. 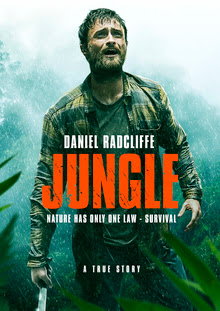 Very tense and enjoyable, and based on a true story. Daniel Radcliffe proves there is life after Harry Potter.

A group of friends join a guide for a trek into the Bolivian jungle, searching for an Indian village. The men soon realize that the jungle is a difficult place to be.