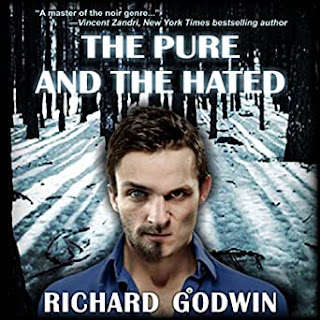 A mourning father takes a troubled man into his home only to lead a deranged lunatic to his door in this noir thriller from the author of Savage Highway.

After Shepherd Butler finds Maxwell Heed freezing in the forest in Vermont, he takes him into his home with his wife, his nieces, and his sister. They instantly take to Maxwell. He’s a sincere, religious man, seeking to understand the nature of forgiveness. He feels like just another member of the family.

Temple Jones is a dangerous psychopath who preys on women. He has escaped justice, and Maxwell fears he has followed him to Vermont. Shepherd tries to ease Maxwell’s fears, but Maxwell soon vanishes…

And Temple Jones shows up….

“Godwin writes intelligent noir from a unique psychological perspective, delving deep into the nobler motives and emotions of his engaging characters while examining the darkest corners of the human heart. The faceless villain in this chiller is as real as a razor cut….Before you sit down on a cool dark night to enjoy this one, make sure the doors and windows are locked.”—Phil Bowie, author of the John Hardin series

An intense, gripping, graphic and as a consequence sometimes difficult read as Richard Godwin's The Pure and The Hated illustrates the damage that can occur, when kind, generous and trusting people display too much humanity, leaving themselves wide open to destruction at the hands of a disturbed psychopath.

Charity towards a homeless man, results in a horrifying chain of events which wreaks havoc and terror on an already bereft married couple and their extended family. In truth events have already begun to play out, even before Shephard's meeting with a homeless man in a snowy Vermont wood.

Not a book for the faint of heart. The detail of the inhumanity on display, contrasts vividly with the descriptions of a wintery Vermont. Not a book I'm likely to forget in a hurry. Some powerful writing from Richard Godwin.

Richard Godwin has been read and enjoyed before - Ersatz World in 2019. 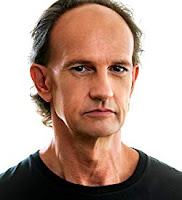