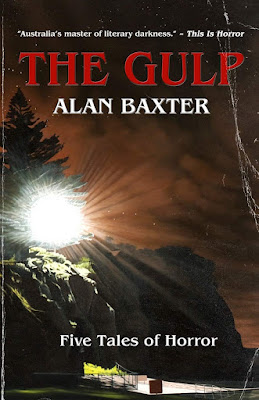 Strange things happen in The Gulp. The residents have grown used to it.

The isolated Australian harbour town of Gulpepper is not like other places. Some maps don't even show it. And only outsiders use the full name. Everyone who lives there calls it The Gulp. The place has a habit of swallowing people.

A truck driver thinks the stories about The Gulp are made up to scare him. Until he gets there.

Teenage siblings try to cover up the death of their mother, but their plans go drastically awry.

A rock band invite four backpackers to a party at their house, where things get dangerously out of hand.

A young man loses a drug shipment and his boss gives him 48 hours to make good on his mistake.

Under the blinking eye of the old lighthouse, a rock fisher makes the strangest catch of his life.

Five novellas. Five descents into darkness. Welcome to The Gulp, where nothing is as it seems.

The last few months has seen my reading re-visiting the horror genre, mainly by virtue of some Audible listening. Most of them have been a blend of horror-cum-crime/mystery. Alan Baxter's The Gulp is similar, though probably edging more towards horror.

Here we have 5 novellas linked to each other by virtue of place - Gulpepper an out of the way, end of the road, coastal town in Australia - and a strange haunting dream which infects inhabitants, new and old and overlaps through our stories.

Out on a Rim .... concerns a couple of lorry drivers, one old and retiring and tasked with breaking in the new recruit. Our experienced driver is wary and fearful of being stranded in The Gulp overnight. Our newbie is young and sceptical. Needless to say an overnight stop is what we get.

Mother in Bloom .... a bedridden mother, a millstone around her offspring's necks

The Band Plays On .... road trip tourists, a gig to remember, an ongoing everlasting after party, with three visitors seduced and under the spell of their hosts and one impervious to the eclectic charms of The Gulp and its inhabitants. There's a real manic energy to the writing, especially the description of the gig which sets things up.

48 to Go .... a drug deal goes wrong, a clock is ticking, recompense is needed, a burglary leading to some dark goings on and a somewhat grisly opportunity

Rock Fisher ... a morning's fishing, an unusual catch, a bonding, an obsession, an overwhelming compulsion to nurture a strange egg, one which throws our young angler, off kilter and out of sync with normality, but then The Gulp doesn't really do normal. Not when you scratch beneath the surface.

Overall The Gulp is a cracking collection of loosely linked stories, each of them gradually ramping up tension, oozing dread and offering a thoughtful pay-off. Some of our characters over-lap and appear, sometimes fleetingly in other tales in the set. While they all work well on their own (especially the introductory tale - Out on a Rim as we get to experience The Gulp through fresh, unafraid youthful eyes as well as cautious and wary peepers - both outsider perspectives).

The lasting effect is that the sum of the whole is greater than that of the individual parts; somewhat haunting, atmospheric and slightly disturbing.

Deal me in if Alan Baxter wants to re-visit Gulpepper in a future collection. 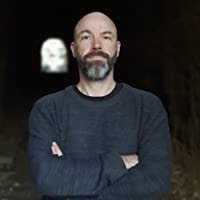