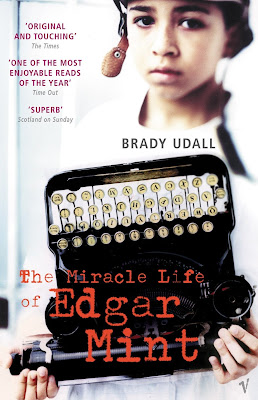 Half-Apache and mostly orphaned, the adventures of Edgar Presley Mint begin on an Arizona reservation at the age of seven when the mailman's jeep accidently runs over his head. Shunted from the hospital to a reform school to a Mormon foster family, comedy and trouble accompany Edgar -  the irresistible innocent who never truly loses heart, and whose quest for the mailman eventually leads him to an unexpected home.

A bit of literary fiction for a change and a book that I bought new when it came out 20 years ago. It's just taken me a while to get around to it. I had planned on reading it back in 2014 as part of a still unfiinshed reading challenge I signed up for. It was book 11 of 14, so I'm nearly there seven years after the event!

Elements of John Irving, as we follow the eventful life of young Edgar Mint from the moment a mailman runs over his head with a truck. A kind of absurd start, which is followed by more incidents of a similar ilk.

There's a lot of sadness and trauma in Edgar's life, which is met with bewilderment, but also acceptance and resilience.  I shared his despair and disappointment, but instead of souring him on life, there's a stoicism about him. His over-riding obsession is to track down the mailman who fled, blood soaked from his accident to reassure him that he survived. When he eventually receives a location for the man, towards the end of the book, there is a surprising twist to the tale.

Humour blends with the sadness and the book does have more than a few comedy moments. It's a difficult read in places. You wonder how much misery one person can endure. I suppose it's a testament to the unfairness of life and the vagaries of fate.

A slow steady read during the month. I set myself a target of a certain number of pages to read a day and stuck to the goal, which I think enhanced my enjoyment as I wasn't rushing the read and instead savoured it.

Overall I really enjoyed it. 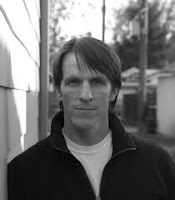 Letting Loose the Hounds, a short story collection by the author was read back in 2012, before I started blogging.