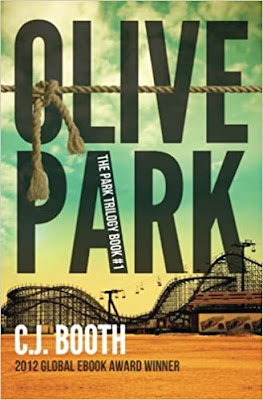 They solve cold cases. But the murderer they’re hunting may be warming up for more.

Sacramento Police data expert Mallory Dimante refuses to give up on her long-lost brother. So she lies her way into the new Ongoing Investigation Division and attaches herself to two cynical detectives. Hoping to blow open an unsolved child-killer case, Mallory sparks a frenzy of activity when she discovers evidence that the perpetrator may still be at large.

With her legwork taking her to a dilapidated amusement park, it stuns the determined woman when she uncovers a trail of clues leading back to her brother’s disappearance. And after another child vanishes, she remains no closer to stopping the fiend…

Can Mallory unmask the murderer, or will they all end up in a shallow grave?

Another new-to-me author with a book that I enjoyed quite a bit more than I expected to, if I'm honest.

We have a cold case investigation into some historic unsolved and infamous child murders, intersecting with the current lives of a couple of orphaned siblings, one of whom recently killed their father, while trying and failing to protect their mother.

I do enjoy a twin narrative. We follow a newly founded cold case team and their civilian support. I enjoyed the covering of old ground, checking the work of the original detective team on the case and the rehashing of events. I liked the dynamics of the team, with the civilian newbie pushing and prodding the detectives towards action as opposed to inertia. Later on we discover her personal motivation. There's a slight suspension of disbelief in the discovery of new evidence at a 12 year old murder site. Later on the two strands converge and there is a satisfying outcome.

Tense, interesting, gripping, exciting. Well-rounded characters - people you care about and a scary villain. Quite a long book for me, but not one that dragged nor one that seemed to be rushed either. Pretty on point.

Olive Park is the first in a trilogy from the author. I'm quite looking forward to the other two.
4 from 5