I guess there are worse things to be addicted to than acquiring books.... 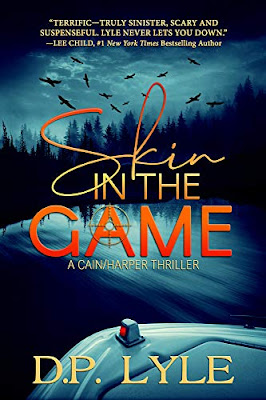 D.P. Lyle - Skin in the Game (2019) - purchased copy
I've a few from Mr Lyle on the pile, but haven't read him yet, including the second in his Cain/Harper series.
Raised as siblings by an itinerant “gypsy” family, knife expert Bobby Cain, trained by the US military in the lethal art of covert eliminations, and Harper McCoy, nurtured by the US Navy and the CIA to run black ops and wage psychological warfare, are now civilians. Of a sort. Employing the skills learned from the “family” and their training, they now fix the unfixable. Case in point: Retired General William Kessler hires the duo to track down his missing granddaughter, a Vanderbilt University co-ed. Their search leads them to a small, bucolic, lake-side town in central Tennessee and into a world of prostitution, human trafficking, and serial murder. The question then becomes: Will their considerable skills be enough for Cain and Harper to save the young woman, and themselves, from a sociopath with “home field” advantage, a hunter’s skills, and his own deeply disturbing agenda?
“Skin in the Game is The Most Dangerous Game on steroids. Fast, relentless, and cunning.”
—David Morrell, New York Times Bestselling Author of Murder as a Fine Art 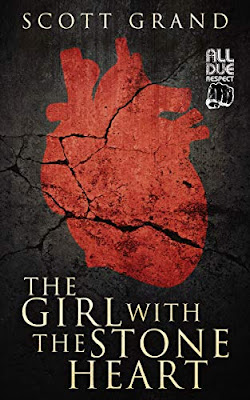 Scott Grand - The Girl With the Stone Heart (2020) - purchased copy
Another new-to-me author via favourite publisher, All Due Respect Books
Winter has set in a small town on the California coast and a fishing vessel has been lost amongst the gray waves. Grace runs the bowling alley and ghosts through his own life. He lives in the layer of fat between the underbelly and society. He completes tasks given to him by the people who run the town and is grounded only by his aging grandmother and her weekly bingo trips.
Grace is charged with issuing payments to the fishermen’s widows. He pulls on his funeral suit and borrows his grandmother’s New Yorker. When Grace is unable to find one woman, he uncovers something that threatens the oligarchy’s reign and his way of life. 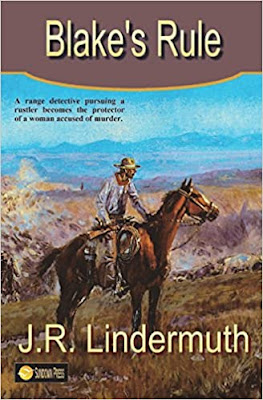 J. R. Lindermuth - Blake's Rule (2018) - purchased copy
An author I have actually read and enjoyed before, but not any of his Westerns. Shares the Darkness from his Sticks Hetrick series was enjoyed back in 2017
Blake’s rule has always been to do what’s right…not what’s easy.
Range detective Sam Blake is after cattle rustlers—but when a beautiful woman is accused of murdering her employer, he has to step in and see justice done. Miriam had her reasons for the brutal killing, and though she’s not talking, Blake understands there’s more to this crime than meets the eye.
When the local sheriff, James Fremont, asks Blake to spirit Miriam and her two children out of town before a lynch mob comes for her, he agrees. But Cyrus Diebler, the influential rancher who is intent on seeing her pay for her crime, is not about to be stopped. He will go to whatever lengths he must to see her dead, though it means putting his own family in harm’s way.
As Blake and Miriam stay one step ahead of the relentless Diebler and his deadly henchmen, a relationship begins to build between them. When Blake learns the real story behind the murder, and the dark secrets of Diebler’s motivation to see Miriam dead, he vows he will protect her and her children at all costs—even if it means his own life. 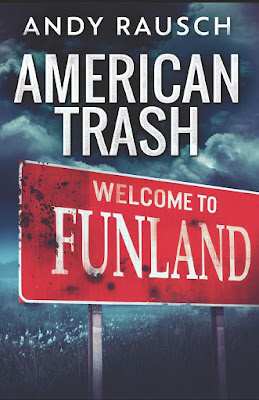 Andy Rausch - American Trash (2020) - purchased copy
Off the back of just two books read and really enjoyed, Andy Rausch is one of those authors whose books I'll buy when I see them drop, regardless of what they might be about.
Bloody Sheets which was on the blog yesterday, blew me away.
Riding Shotgun and Other American Cruelties was enjoyed back in 2018.
“Rausch's writing is like a serpent. It's lean. It's clever. It coils around you...and then it strikes. It's glorious, but be warned—there is no anti-venom.” - Chris Miller, author of Dust
Reminiscent of Goodfellas, American Trash is a gritty tale of organized crime. Only in this story, it is not the Italian mafia; it is the largest crime organization in the state of Missouri.
Running their operation out of Funland - a stationary carnival outside Branson - these violent criminals are carnies by day, killers by night.
They are led by a hardened old criminal known as Reverend Sammy, who doubles as a minister, and there seems to be no stopping them. But when things go awry and bodies start piling up, who will be the last man standing?
“Reading Andy Rausch is like waking up with a stranger in your bed - it'll shock the hell out of you, but it's always one hell of a story.” - Clark Roberts, author of Led By Beasts 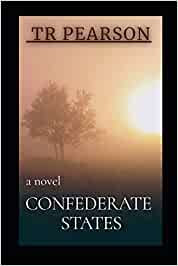 T R Pearson - Confederate States (2020) - purchased copy
Another author who writes them faster than I can read them. East Jesus South was pretty damn good.
The mysterious contents of a discarded lunchbox lead to a collision of ten unlikely souls in this story of frayed partnerships, derailed ambitions, and casual bad faith. A bittersweet and all too human comedy from the author of A Short History of a Small Place, Cry Me A River, and Sleepaway. 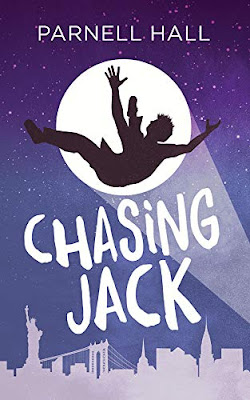 Parnell Hall - Chasing Jack (2020) - purchased copy
Parnell Hall sadly died late last year. He was the author of the Stanley Hastings series of books, of which I've read the first - Detective - and absolutely loved. Chasing Jack, his last novel is a standalone.
A relentless, darkly-funny thriller by Parnell Hall, the New York Times bestselling author of the Puzzle Lady series. Two killers are leaving a trail of mutilated corpses across Manhattan... while hunting a mysterious man with a name so common, they may never run out of victims. They are pursued by a disgraced cop, dying of cancer and desperate for redemption. Caught in the middle, but unaware of it, are a tabloid reporter and the cast of a troubled Broadway play facing a terrifying battle for their lives.
"Chasing Jack is what you'll find if you look up 'Black Humor' in your Funkin' Wagnalls. The wit is savage, the pace relentless. Parnell Hall, always outstanding, has never been better." Lawrence Block
"Parnell Hall has long been one of my favorite crime fiction writers.  Chasing Jack is his best yet." Harlan Coben