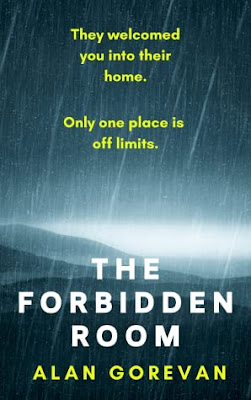 Alan Gorevan - The Forbidden Room (2020) - purchase
An Irish author I have yet to try.....
You and your partner are looking forward to a romantic break in the rugged landscape of West Cork, on the south west coast of Ireland. Cliff walks, seafood dinners and spectacular views of the Atlantic Ocean.
But a storm is brewing.
Your car breaks down in the middle of nowhere. There’s no phone signal. So you start walking.
You search for help.
And you find it. At an isolated house, a family gives you shelter… but something is wrong.
The husband has a head wound. The son is too terrified to speak. And the wife forbids you from going near her other son’s bedroom.
This short, sharp novel will keep you up all night. 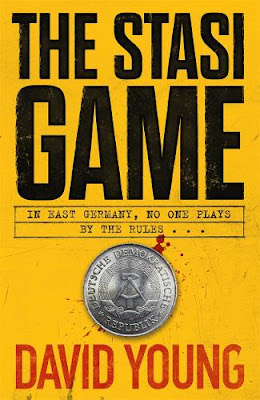 David Young - The Stasi Game (2020) - purchase
The 6th in Young's Oberleutnant Karen Muller series. I enjoyed one of the earlier books - A Darker State a few years ago. He's kind of gotten away from me since then.
A man's body is found buried in concrete at a building site in the new town district. When People's Police homicide captain Karin Müller arrives at the scene, she discovers that all of the body's identifiable features have been removed - including its fingertips.
The deeper Müller digs, the more the Stasi begin to hamper her investigations. She soon realises that this crime is just one part of a clandestine battle between two secret services - the Stasi of East Germany and Britain's MI6 - to control the truth behind one of the deadliest events of World War II.
The Stasi Game brilliantly fictionalises the true story of how Britain's wartime leaders justified the fire-bombing of German city of Dresden, which many have since condemned as a war crime. 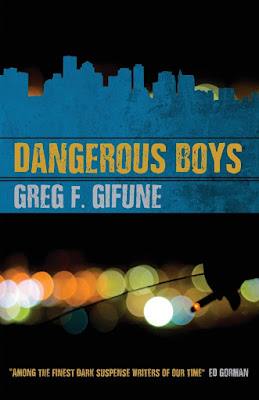 Greg F. Gifune - Dangerous Boys (2017) - purchase
One I missed three or four years ago when it initially came out.....
All they had was each other... and nothing to lose...
Summer, 1984. For Richie Lionetti and his gang of friends, their years as teenagers are coming to an end. At a crossroad in their lives as petty criminals and thugs on the mean streets of New Bedford, Massachusetts, they've got one final summer, one last chance to fall in love, brawl for their turf, rob and pillage, and one last chance to make a move and pull a job that could change their lives forever.
As a series of brutal heatwaves hit southeastern Massachusetts, the city boils, and everyone is on edge. In the hopes of finding something better, Richie desperately searches for meaning in all the violence, sex and degradation that is his daily life. But at what price?
Part coming-of-age tale, part dark crime thriller, Dangerous Boys is the story of a group of young punks with nothing left to lose, fighting to find themselves, their futures, and a way out of the madness and darkness before it's too late.
Praise for DANGEROUS BOYS:
"Extremely well written and quite compelling, Dangerous Boys hits all the right marks. It's a novel you'll enjoy reading and regret when the last page is turned. Reminded me a bit of Dennis Lehane, a bit of Martin Scorsese, and a bit of S.E. Hinton. What I'm saying is: Greg F. Gifune has written a crime novel that's character-driven, jarringly violent, and somehow tender." - Grant Jerkins, author of Abnormal Man 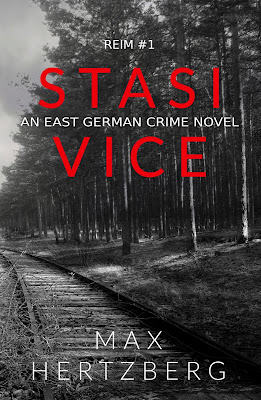 Max Hertzberg - Stasi Vice (2018) - purchase
Another recently discovered author. First in his Reim series.
Lieutenant Reim of the Stasi is keen to avoid trouble.
Reim enjoys his life in East Berlin and sees no need for his days behind a desk and nights in front of the bottle to change.
But when a senior officer has a messy affair, it falls to Reim to do the clearing up.
It should be a straightforward job. Lean on a few people to get them to shut up. Intimidate neighbours, bribe officials and appeal to the socialist conscience of Party members. But when Reim starts his interrogations, he realises his boss is hiding more than just a lover.
Lieutenant Reim begins to investigate his superior—and what he uncovers puts his own life at risk.
If Raymond Chandler had lived in East Berlin, this is the book he would have written 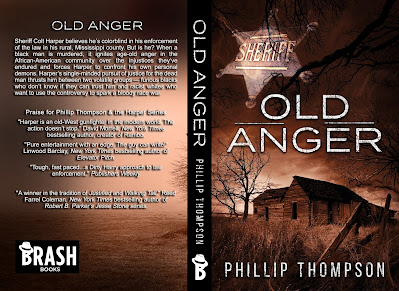 Phillip Thompson - Old Anger (2020) - purchase
Third in the author's Colt Harper series.
The long-awaited return of Colt Harper, a lawman in the tradition of Jesse Stone and Walt Longmire
Sheriff Colt Harper believes he's colorblind in his enforcement of the law. But is he? When a black man is murdered, it ignites age-old anger in the African-American community over the injustices they've endured and forces Harper to confront his own personal demons. Harper's single-minded pursuit of justice for the dead man thrusts him between two volatile groups -- furious blacks who don't know if they can trust him and racist whites who want to use the controversy to spark a bloody race war.
"Old Anger has some sweet echoes of the past while being something modern at the same time. Pacing is outstanding and the story is engaging. It has a western rash under it's skin. Recommended." Joe R. Lansdale 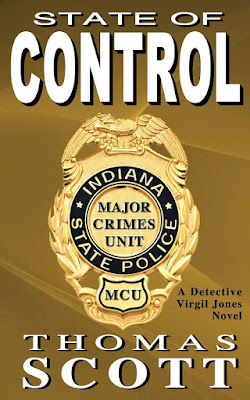 Another punt on an untried author.

In Shelby County, Indiana, a group of mega-farmers are about to make the deal of their lives. During a dry season that threatens to ruin their harvest, they begin to dig for irrigation water but hit a pocket of natural gas instead. A hasty deal is put on the table and the members of the Shelby County Co-op board are set to go from a Midwestern farming powerhouse to a multi-million dollar fracking operation that will ruin the land along the Flatrock River forever. Except one of the farmers doesn’t like the idea. He doesn’t like it at all…

Pam Donatti is still grieving the loss of her husband, Ed, after he was killed in a vicious gun battle, a battle that almost cost Virgil his own life. When the state refuses to pay Pam Donatti her husband’s death benefits, the Indiana State Troopers go on strike in support of a fallen officer’s family. But Pam has a secret, one that has the potential to change her, and her son’s life forever…

On a quiet Sunday afternoon Virgil’s former boss calls and tells him the governor wants a private meeting. Why? He has no idea. And frankly, he doesn’t care. He was fired from the state’s Major Crimes Unit by the governor himself eight months ago. Besides, his life is going just fine. His wife, Sandy, is pregnant with their first child, he owns two businesses—a Jamaican themed bar called Jonesy’s, and a private investigation firm he runs with his partner and brother, Murton Wheeler. But Virgil is about to discover that time isn’t as linear as it appears and events from his past are about to repeat themselves. And when they do, he’ll come face to face with pure evil, forced to make the kind of choice no man should ever have to make.

State of Control is a thriller filled with gripping suspense and Thomas Scott’s unique blend of humor, action, mysticism, and authentic characters...A story that examines the complexities of good and evil and shows just how far one man will go to stay in control of it all.