On the home straight now, week 23 and W in the frame.

Willeford - Charles Willeford, author of the 5 book Hoke Moseley series, 6 sort of, if you factor in Grimhaven and a lot more besides. I really like his stuff, but I still have a lot of it to get to.

The Shark Infested Custard has been on the TBR pile a while, surely not 27 years though? Must be, as I dimly remember buying it new - Murder One on Charing Cross Road. 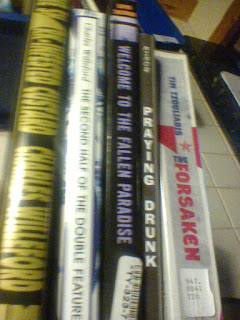 The Shark-infested Custard is a startlingly amoral update of Dumas' The Three Musketeers set in 1970s Miami. As our four male swingers commit increasingly barbarous crimes it becomes clear that their only guiding principle is not to get caught - by adhering to the 'all for one, one for all' maxim.

Willeford joyfully applies the scalpel to the vacuous heart of male America, where being one of the guys is always going to be more important than mere life and death.


Good Friday, 1977, Merthyr Tydfil. At twenty to midnight a dozen different forces converge - Macky, just out of jail; the gippos and their knives; the Shop Boys, fifty or sixty skinheads in fanatical pursuit of recreational violence; P. C. Phillips, the young copper with something to prove; Mohan Singh, proud owner of the Taj Mahal curry house. The result: mayhem. 'Race Riot Erupts in Valleys Town. Scores Injured.' And witness to it all, Davey Daunt, a spazzy with a leg brace, the only one who knows what really happened. Desmond Barry's highly acclaimed first novel


Robert Lewis - The Last Llanelli Train, first in a three book series from the author and some PI fiction

Robin Llewellyn is a private eye. More or less. Part time really, while he gets on with the full-time job of drinking himself to death on the mean streets of Bristol. He's one step away from the gutter when he gets one last case. A case that smells of money. A woman wants to set her husband up for blackmail. All Robinhas to do is find a hooker to the job, and collect his money. the maybe he'll be back in the game. Orat least have enough to pay for another drink and another bet. If only life that simple. The last Llanelli train drags the private eye novel into the 21st century and some very dark places indeed. Mixing purest noir with some very black comedy, the Last Llanelli train offers an unforgettable portrait of a man at the very end of his tether.

White Meat - a bit of Aussie crime fiction from Peter Corris and the second in the Cliff Hardy series which stretches to over 40 books. 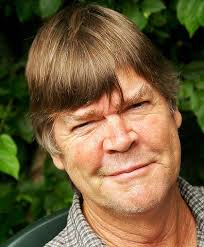 PI Cliff Hardy needs a nice smooth job, something to pay the bills - and keep his glass filled - but this job is anything but smooth

Cliff Hardy is stone broke, which makes it hard to resist a job from the man he's been losing money to. Ted Tarleton is a rich bookie with a beautiful, spoiled daughter who's gone missing, and Ted wants Hardy to find her. Her boyfriend is no help, and Hardy faces opposition from all sides as he delves into the increasingly violent wreckage of Noni's past.


Back next week with some xxxx for you!