Ellie Bennett is an ex-corrections officer who has just served a year inside Eastgate Penitentiary for assaulting a prisoner. She’s only been out for a day when she accepts a strange job offer from the head of a Christian political advocacy group. He wants her to track down a missing ex-con named Alexis. Although no one knows where Alexis has gone, it seems like everyone in Arkansas is looking for her—from a rich televangelist running for Congress to the governor’s dirty tricks man. When Bennett finds the troubled young woman, she has to decide whether to hand her over to the highest bidder or help her escape from the most powerful men in the state.

“Keep an eye on Jake Hinkson. He's taking the notion of the sacred and the profane to an entirely new level in noir.”
—Lou Boxer, co-founder of NoirCon

My third encounter with author Jake Hinkson's work after Hell on Church Street and Saint Homicide were enjoyed back in 2013 and 2014 respectively. It's been a while then.

The Big Ugly is a longer offering than those two previous novellas and I really liked it.

Politics, religion, secrets, money, the hunt for power and control and at the centre of it a missing woman in danger and our main character, an ex-con ex-prison officer Ellie Bennett searching for her. Bennett is trying to put her life back together and get some breathing space from the suffocating environment of her well-meaning extended family. Some easy cash will help. A corrupt parole officer won't.

Quite a busy book, Ellie finds an unusual ally to assist with the search - another ex-con and when she has the answers her less than well meaning benefactors want, the moral fibre to make the right choice for missing-now-found target Alexis and her future, even if it's not an easy one. Complications and consequences ensue, one of them being a memorable encounter with the psychopathic brother of one of the rich and famous involved.

Some negotiating skills to manage conflict resolution, allied with heart and some kick-ass down and dirty fighting abilities make Ellie Bennett an interesting main character who carries the book. 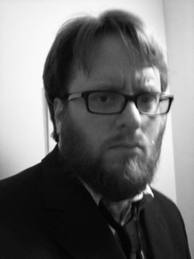 Pace, setting, story, characters, plenty of action/violence, a satisfying resolution - all present in spades and plus points for me. If I have a disappointment it's that the author seems to have dispensed with his main character after this book. I, for one would have liked to have another outing with her.

A couple more from Jake Hinkson sit on the TBR pile - The Deepening Shade and The Posthumous Man. Hopefully it won't be another six years before I read him again.