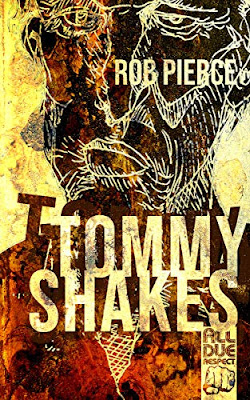 Tommy Shakes is a career criminal, and not a very good one. He earned his name as a heroin addict. Now he’s just a drunk, drinking so much that he spends much of his time in bathrooms, exploding from one end or the other.

He’s in a marriage he wants to salvage. He convinces himself that his wife, Carla, will allow him to stay with her and their teenage son, Malik, if he can bring home enough money. She tells him that won’t do it, he needs to quit crime altogether, but Tommy gets a crack at a big heist and decides to pull the job.

The job is ripping off a popular restaurant that runs an illegal sports book in back. A lot of money gets paid out on football Sundays; the plan is to pull the robbery on Saturday night. The back room has armed guards but, according to Smallwood, Tommy’s contact on the job, there’s no gang protection.

Tommy recons the job and finds two problems: Smallwood’s plan will get them all killed or up on murder one, and one security guy works for a local gangster, Joey Lee. Tommy’s desperate for money and figures he can make his own plan. As to the gangster, there’s enough money that it’s worth the risk.

They pull the robbery but one gang member gets gun happy and it turns into a bloodbath, which includes killing Lee’s man. Now they’re wanted for murder, and the law is the least of their problems.

“With his pitch-perfect ear for dialogue, his knack for crisp pacing, and his unerring eye for what might be called the milieu of functional dissolution, Rob Pierce has revealed himself in story after story as a poet of the luckless, the bard of the misbegotten. In the hero of his latest and best, Tommy Shakes, he has found his Frankie Machine.” —David Corbett, award-winning author of The Long-Lost Love Letters of Doc Holliday


Another cracking book from All Due Respect's stable and Rob Pierce, an author I've enjoyed previously; though it has been a while - Uncle Dust in 2017.

I do like a book where the main character is an outlaw, a man more interested in turning a dishonest buck, than making an honest one. Here we have Tommy. Tommy's health is poor, his marriage is failing and he has a son but no real relationship with him to speak of. He's out of the marital bed because of his drinking and attitude and while his wife seems almost ready to call time on their marriage he hasn't quite given up just yet.

One decent paying heist with a trusted crew can get everything back on track. Or so he reckons.

Bars, drinks, arguments, the settee as a bed, an awkward and embarassing bowel condition, a beat down for cash, a possible job, an introduction and a test, a takeover, recruitment, some urgent planning, a new girlfriend, some stepping on toes, green for go with red for danger ever present.

I found myself really invested in this tale. There's humour, gross-outs, action, violence, death and a fast-moving plot as a potential idea for a job, grows legs and wings and morphs from a plan to execution and an not entirely unexpected consequence.

Superb characters, great conversations and dialogue and scenes; meetings in bars, hotels, coffee shops, cars and stakeouts. At its heart is a desperate man, trying to rescue a marriage that half the time he isn't sure he wants to save. Ultimately he doesn't have the tools to change his behaviour - the excessive drinking, the criminality, the poor choice of companions and be the man his wife wants him to be.

It might have been a boring book if he had. My cup of tea this one. 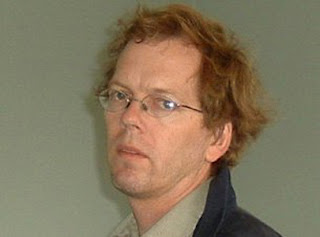 A few more from Rob Pierce sit on the pile - Vern in the Heat, With the Right Enemies and The Things I Love Will Kill Me Yet.