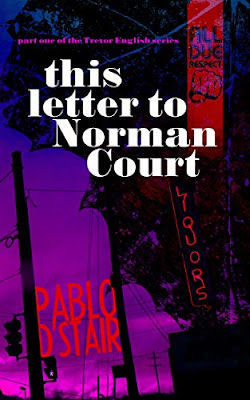 My second encounter with D'Stair's work in March and another interesting short novel following on from Man Standing Behind. This Letter to Norman Court introduces us to Trevor English, and is the first of five English books which will be republished by All Due Respect this year.

English is a small time thief and hustler. After lifting the wallet of a man, instead of getting his features rearranged, the victim offers English money to deliver a letter to his brother. With nothing better to do, English agrees to undertake the task.

Honesty is not an attribute English possesses an abundance of. He reads the letter and then hatches his own scheme to blackmail those connected to events revealed by the contents. We follow Trevor's every move and thought processes as he switches from one victim to the next. We witness his avarice and his accumulation of funds and we see the fall-out and destruction his actions has on those he manipulates.

Trevor is not a nice man, nor does he ever pretend to be. He is interesting company though. His actions are always self-serving and not always well thought out. There's no real remorse or any sign that he is unduly affected by the consequences of his behaviour, but somewhat surprisingly I didn't really dislike him. He does know his limitations. Despite enduring the loathing of one of his victims, he has a counter offer of murder for hire on the man who sets the events in the book in motion. A step too far for our man, or is it confirmation he's a coward?

There's an interesting outcome to the book. Trevor is reminded that he isn't the biggest fish in the pond, probably soemthing he knows only too well. Sometimes when you're swimming, you encounter a shark. 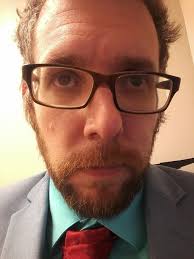 I'm quite looking forward to the second instalment - Mister Trot from Tin Street.