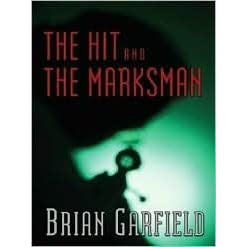 "The Marksman" is an original novelette, never published anywhere else, that is a crime and adventure story in the best Brian Garfield tradition - a race against the clock, double- and triple-crosses, and a breathtaking confrontation which makes the ending one you'll never forget.

There's an introduction of a couple of pages in length by the author, which explains that this was originally written as a screenplay of about 105 pages long which would have made a 95 minute movie. The film was never made, which is a disappointment because I would have quite liked to have seen it.

We open with our main character, Radford being observed by several men around him. Radford is a PTSD suffering veteran with not much going for him. I think he's a dishwasher at a diner. He's goaded into a fight which is corroborative evidence for later as to his instability. He gets kidnapped and drugged and is set up as the fall guy after a sniper assassination of a foreign VIP. Radford's time in service was noted for his sharpshooting marksmanship. Fortunately, dumped unconscious at the scene of the crime with his prints on the rifle, he comes to, just in time to escape the building as it is flooded with police looking for the sniper.

The rest of the book sees him trying to escape the box that has been constructed around him, whilst a fugitive from the police. The police are ably assisted by some special agent types, the leader of whom, Colonel Vickers is the controller of the rogue group that has decided it doesn't like the direction America is taking and is performing black-ops killings to force a rethink. Radford is the unwitting patsy being used by them.

I much preferred this tale to the predecessor in this double edition - The Hit. It's tighter, sparcer, more strident and I liked the set-up. There's a sympathetic main character, who is ably assisted by a psychiatrist who doesn't believe him guilty of what he's accused off. The savvy and nous of the lead cop, Commander Clay hunting for him also helps his cause. She's not prepared to fall for Vickers and his BS unless she has incontrovertible evidence to confirm it. I quite liked her assertiveness and independence pushing back against Vickers' manipulations. 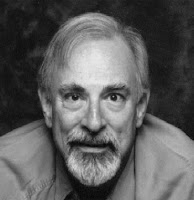 I like conspiracy books and plots and schemes and singular victims who while fancying nothing other than a quite life and to be left alone, manage to find the fire within to fight
back against the odds.

I really enjoyed the urgency of the tale, the fast paced action scenes, the conversations and the confrontations and the outcome.