CRIME FICTION ALPHABET: I IS FOR...... ICE, ICELAND, IZZO

Another trawl through the library ranks and we come up with......

Ice is one of the later books in Ed McBain's 87th Precinct series. No. 36 published in 1983. The OCD in me tells me I ought to read the other 35 before tackling this one. 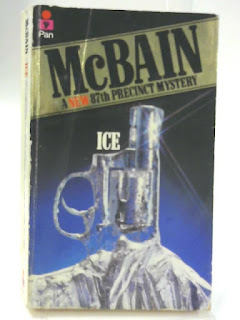 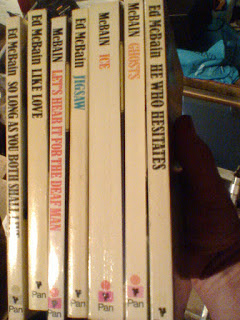 Ingram Ice coats the streets where the rapist prowls. Ice spills from the pockets of a dead diamond dealer. Ice runs through the heart of a cold-blooded killer and that of the players in a multimillion dollar show-biz scam. And the deep chill of winter, it is the 87th Precinct who must brave the winds of death to save a city frozen with fear. 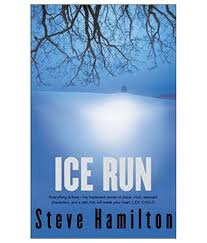 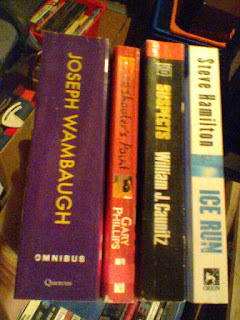 It is March in Paradise, Michigan, and for the first time since moving there, Alex is taking a hard look at his life, and realizing just how much he's been hiding from. This is what happens when a fifty year old solitary man finds love again, when he never thought he would. The woman is Natalie Reynaud, the officer from the Ontario Provincial Police whose partner was killed when he flew up to the remote outpost to find Alex and Vinnie (in the last book, BLOOD IS THE SKY). As far as the OPP are concerned, Natalie let her partner die, and she is on leave of absence while she decides what to do with the rest of her life. Alex and Natalie need a romantic break, and they spend the weekend in a hotel in Soo Michigan. But just as everything seems to be going wonderfully, they are disturbed by someone who knows all about Natalie, and about the previous generations of her family. An old blood feud is reignited, one that goes back more than forty years to a dark episode buried in her family's past events whose repercussions still drive men to kill each other. As much as Natalie doesn't want Alex to get involved, there's no way he can let her face this danger alone. This is a man who has been beaten up, shot at, and even dragged behind a snowmobile, all because he's a sucker for a friend in need. How much further would he go for love?

I is for Izzo

Deceased French author, Jean-Claude Izzo. Izzo had about half a dozen books to his name before his early death at the age of 54 in 2000.

Amongst these six was his Marseilles trilogy.... Total Chaos, Chourmo and Solea - all of which seem to have been published in English some time after his death. 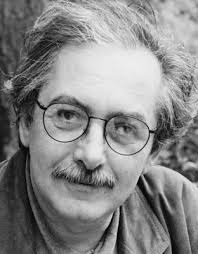 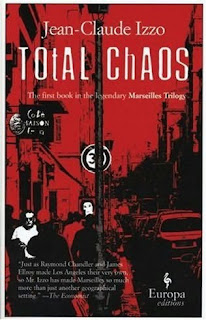 
This first installment in the legendary Marseilles Trilogy sees Fabio Montale turning his back on a police force marred by corruption and racism and taking the fight against the mafia into his own hands.

I is for Iceland

Jonasson I haven't read yet, Indridason I've enjoyed a couple from his Inspector Erlendur series, though its been a few years since I read anything from him. Either would be a good fit for an intended European Reading Challenge I started last year, but never actually got around to doing.

Indridason's The Draining Lake was enjoyed back in 2013 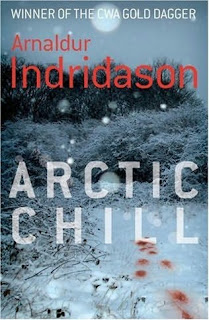 Arctic Chill is the 5th in his 11 book long series. I've a few gaps in my collection but it might not be a bad place to pick up with him again

On an icy January day the Reykjavik police are called to a block of flats where a body has been found in the garden: a young, dark-skinned boy, frozen to the ground in a pool of his own blood. The discovery of a stab wound in his stomach extinguishes any hope that this was a tragic accident. Erlendur and his team embark on their investigation with little to go on but the news that the boy's Thai half-brother is missing. Is he implicated, or simply afraid for his own life? The investigation soon unearths tensions simmering beneath the surface of Iceland's outwardly liberal, multicultural society. A teacher at the boy's school makes no secret of his anti-immigration stance; incidents are reported between Icelandic pupils and the disaffected children of incomers; and, to confuse matters further, a suspected paedophile has been spotted in the area. Meanwhile, the boy's murder forces Erlendur to confront the tragedy in his own past. Soon, facts are emerging from the snow-filled darkness that are more chilling even than the Arctic night.


Back next week to bore you with some J's