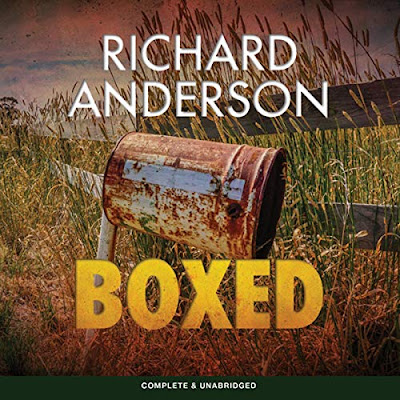 ‘I jump back, curse in rapid fire, and then lean forward and shove the box hard, off the bench, and away from me. It thuds on the floor. Is this a nasty trick?’

Dave Martin is down on his luck: his wife has left him; his farm is a failure; his house is a mess; he has withdrawn from his community and friends; and tragedy has stolen his capacity to care. He passes the time drinking too much and buying cheap tools online, treating the delivered parcels as gifts from people who care about him.

And then boxes begin to arrive in the mail: boxes that he didn’t order, but ones that everyone around him seems to want desperately. As he tries to find out the secret of the boxes, Dave is drawn into a crazy world of red herrings and wrong turns, good guys and bad, false friends and true, violence, lust, fear, revenge, and a lot, lot more. It’s not a world he understands, but is it the only one Dave can live in?

An ongoing stop/start/start/stop read - OK a listen - which involved me repeating large elements of text I'd already listened to as my phone kept skipping and fast forwarding to sections I hadn't caught up to so I ended up resetting to the start. One of my obvious superpowers is the ability to pocket dial unwittingly.

Man on his own, starts receiving boxes in his mailbox which is an intriguing start point, particularly as the contents of one has the potential to affect his life, financially at least, though surely the said owner of the box will be anxious to recover it.

Neighbours and acquaintances start calling on Dave Martin. Out of the blue phone calls from a namesake across town happen. The mailman acts suspicious, or so it appears when Dave starts paying attention to his surroundings. All seem very interested in his boxes. Boxes which most of the time aren't even his. Boxes which keep arriving and which vary considerably in content.

For Dave's life has gone to pot in the past eighteen months or so and he has stopped caring, as his farm slides into decline and he contemplates whether to continue with life. At least uncovering the mystery of the aforementioned boxes might allow him to delay that important decision for a while longer. And if it gets him killed in the process, well that's one decision he won't have to worry about.

I enjoyed it but not quite as much as I had hoped to. The mystery was intriguing but the reveal seemed a bit of a stretch for me and a tad implausible. I think I might have enjoyed it better had it been read in the traditional sense....... turning pages, no real stop/start interruptions to the flow and perhaps my reactions would have been more caught up in the climax of events, with the author producing a bit of momentum towards the end of the book. 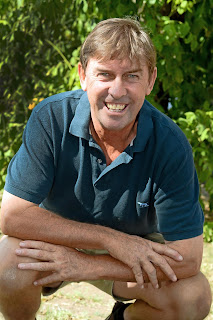 In its depiction of a man suffering from a tremendous loss and the aftermath of coping and trying to move forward in life, it was extremely powerful and you can't help but put yourself in the main character's shoes. I think that side of the story resonated with me most.

There's also a depiction of the farming life and community..... neighbourliness in small communities, the perils of the season, drought and more topically the potential for fire