Charlie Carr is Petievich's first hero, a relentless, hard-boiled T-man who brings to mind the no-nonsense detectives of Dashiell Hammett and Raymond Chandler. In this riveting novel, Carr is a man with a grim mission. When a young agent gets violently gunned down during an undercover operation, Carr is determined to hunt down the counterfeiter who pulled the trigger. The chase leads him down a sordid crime-infested trail of ex-cons and desperate women. From the seamy Sunset Strip to Chinatown's shadowy underworld, from a daring plot to steal counterfeit money from counterfeiters themselves to facing brutal blood-drenched confrontations, Charlie Carr will stop at nothing to crack the depraved scheme that took his young friend's life.

"AN IMPRESSIVE ACHIEVEMENT! A SURE HAND, A FINE EAR FOR DIALOGUE, AND A CANNY FEEL FOR PLOTTING!" - New York Times

An 80s novel, enjoyed before in the long distant past and plucked from the shelves in the hope of jump starting my stalled reading mojo in December. I can dimly remember this or one of Petievich's other novels - Earth Angels maybe - blowing my socks off when I read it back in the day.

Second time around, I wasn't quite so crazy about it, but I'd still rate it a 4 from 5.

An undercover treasury agent gets blown away while trying to take down a counterfeiter, our main man Charlie Carr hears the whole thing from a nearby hotel room. Our short book focuses on Carr's attempts to track down the killer, before getting transferred away from the front line by his bosses.

I enjoyed this one; the frequent encounters between Carr and his partner, Jack Kelly with various miscreants; the tactics for their investigation - the angles worked, the pressure applied, the progress of the investigation and the joining up of the dots from leads and then the focus on a result, walking a very narrow tightrope between remaining lawful and crossing the line into breaking the law to get the required outcome, with Carr definitely transgressing at the end.

I enjoyed time with Carr, the on off relationship with the girlfriend, apparently going nowhere; the friendships he enjoyed - mostly job related, the loyalty he displays to a disgraced former colleague and the over-riding obsession with getting his man and the juggling act performed to do so. 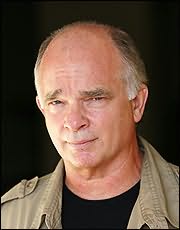 and some interesting titbits on the world of counterfeiting, something I guess Petievich knows from his time in law enforcement.

Money Men is the first of three Carr novels. Petievich also wrote another half dozen standalone novels, mostly published in the 80s when he was running a hot streak. I've probably read half of his output, though the titles of the ones I devoured escape me. There are way worse ways of spending time than settling down to an afternoon or more in the company of one of Gerald Petievich's books.