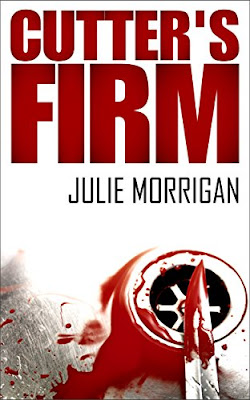 Since taking control of Howard Mackintosh’s criminal empire, the dynamics of Cutter’s firm have changed. Big Liam Bradley, Mac’s former deputy, has firmly established himself as Cutter’s trusted second in command. But Tommy Gunn and Wayne Dobbs, his long-standing partners in crime, are feeling pushed out … and Wayne is determined to do something about it.

Young Jack Armstrong is about to be released from prison after being framed by Cutter and his cronies. Three years ago his family was devastated when their lives collided with Cutter’s criminal dealings – and Jack still doesn’t know what happened to his sister Livvy.

Following the tragic death of a child on the road running past a local caravan park, journalist Millie Redman is taking a potentially dangerous interest in the business enterprises of the park’s owner: shady local entrepreneur Mr Gordon Cutter.

Meanwhile, Cutter has ambitious plans to expand his empire … but can he keep his firm together in the face of betrayal from those closest to him, as well as dangerous outside scrutiny that threatens to expose his deadliest secrets?

Another short novella tackled in December in the hope of jump starting my reading out of a slump. Loved the book, but the slump persisted.

Cutter's Firm almost has an episodic feel. It's the second in Morrigan's Cutter trilogy and concerns Gordon Cutter (obviously). He's a local criminal king-pin with the cops and other assorted dignitaries in his back pocket; aided and assisted by secretly recording the local well-to-dos letting their hair down with some underage sex action at one of his brothels out of town. Cutter is cunning, clever, arrogant and ruthless.

Here he's damping down some fall-out from a hit and run incident resulting in the death of one of his young prostitutes, knocked down when fleeing her captivity. Time to move the business elsewhere.

On the scene we also have Jack Armstrong, freshly released from prison, after Cutter fitted him up. Jack was getting too interested in Cutter;s involvement in the disappearance of his sister. Three years inside and Jack is still  determined to find answers, revenge and some form of justice however it arrives.  His fractured family are still bearing the scars of their girl's disappearance.

Chuck an investigative journalist with a boyfriend on Cutter's payroll into the mix and there's a fairly combustible mix brewing. 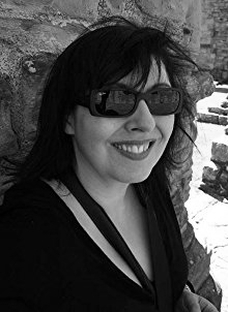 A busy book, lots to like. Sets up the climax of the trilogy nicely without feeling like I've been cheated out of some sort of outcome here.