This week's Crime Fiction Alphabet is the eighth entry in my riveting series and.... 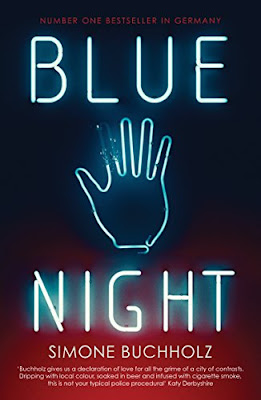 After convicting a superior for corruption and shooting off a gangster's crown jewels, the career of Hamburg's most hard-bitten state prosecutor, Chastity Riley, has taken a nosedive: she has been transferred to the tedium of witness protection to prevent her making any more trouble. However, when she is assigned to the case of an anonymous man lying under police guard in hospital - almost every bone in his body broken, a finger cut off, and refusing to speak in anything other than riddles - Chastity's instinct for the big, exciting case kicks in.

Using all her powers of persuasion, she soon gains her charge's confidence and finds herself on the trail to Leipzig, a new ally and a whole heap of lethal synthetic drugs. When she discovers that a friend and former colleague is trying to bring down Hamburg's Albanian mafia kingpin single-handedly, it looks like Chas Riley's dull life on witness protection really has been short-lived....

Fresh, fiendishly fast-paced and full of devious twists and all the hard- boiled poetry and ascerbic wit of the best noir, Blue Night marks the stunning start of a brilliant new crime series, from one of Germany's best-selling authors.

When I eventually get around to reading some European crime fiction this one will be near the top of the pile. 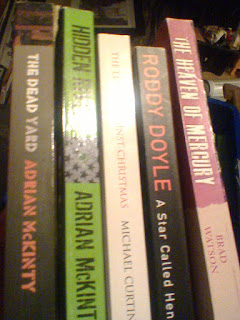 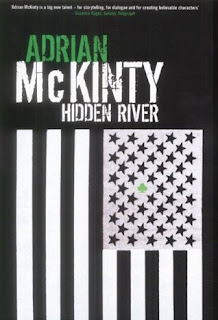 Hammett - Dashiell, the author from the 20s, 30s and 40s and Hammett - a 1975 novel from Joe Gores featuring the hard-boiled author as his detective 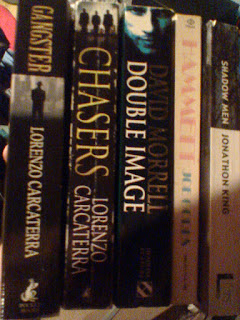 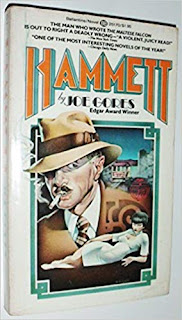 From Chinatown's dark alleys to the fog shrouded Golden Gate, crooked politicians ran San Francisco. To Hammett, retired Pinkerton detective and struggling writer, it was all just grist to his fictional mill. Until the night his pal walked into a baseball bat. Then Hammett hung up his typewriter, put on his gumshoes and went out into the brawling, swaggering city to find the brutal murderer.

Samuel Dashiell Hammett was an American author of hard-boiled detective novels and short stories. He was also a screenwriter and political activist. Among the enduring characters he created are Sam Spade, Nick and Nora Charles, and the Continental Op.

The Dain Curse (1931) is from his Continental Op series 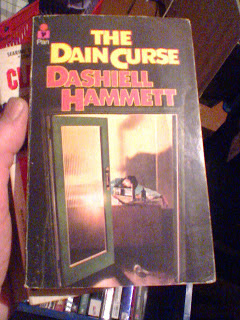 Everything about the Leggett diamond heist indicated to the Continental Op that it was an inside job. From the stray diamond found in the yard to the eyewitness accounts of a "strange man" casing the house, everything was just too pat. Gabrielle Dain-Leggett has enough secrets to fill a closet, and when she disappears shortly after the robbery, she becomes the Op's prime suspect. But her father, Edgar Leggett, keeps some strange company himself and has a dark side the moon would envy. Before he can solve the riddle of the diamond theft, the Continental Op must first solve the mystery of this strange family.