Florida which is a setting I like reading about, especially in the hands of either Carl Hiaasen or James W. Hall. 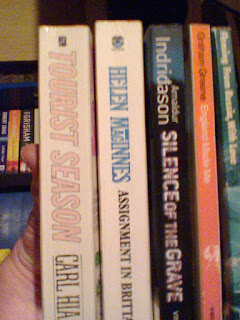 Take a trip to exotic South Florida with this dark, funny book that established Carl Hiaasen as one of the top mystery writers in the game.


The first sign of trouble is a Shriner's fez washed up on a Miami beach. The next is a suitcase containing the almost-legless body of the local chamber of commerce president found floating in a canal...


The locals are desperate to keep the murders under wraps and the tourist money flowing. But it will take a reporter-turned-private eye to make sense of a caper that mixes football players, politicians, and one very hungry crocodile in this classic mystery that GQ called "one of the top ten destination reads of all time."

James W. Hall has written over a dozen books in his Thorn PI series. He's another author I discovered around the same time as Hiaasen 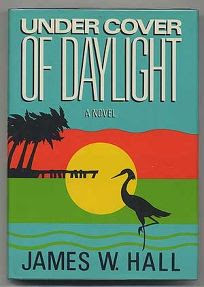 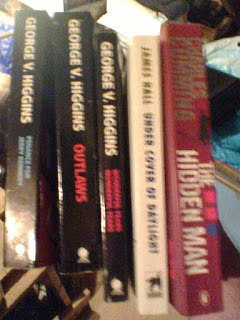 The first Thorn mystery from Edgar Award–winning author James W. Hall: a story of revenge in the Florida Keys that “starts good and stays good, right to the end” (Chicago Tribune).

Thorn’s parents died the day he was born, run off the road by a drunk driver on their way back from the hospital. The baby lived, the offender beat the rap, and both went on with their lives—until nineteen years later, when Thorn took revenge, hunting down his parents’ killer and taking his life in a vain attempt to bring back those who had been lost. Two decades later, Thorn remains scarred by his crime. He lives in Key West, selling fishing flies and keeping an eye on Kate Truman, the woman who adopted him. But now he has lost her, too, to a pair of brutal murderers whom the police have no hope of tracking down. Thorn knows the Keys, and he will find them—but before he can take revenge, he must confront the horror of the first time he killed.

The first in the series featuring Thorn, who “may remind you of John D. MacDonald’s immortal Travis McGee . . . or perhaps Lee Child’s Jack Reacher” (TheWashington Post Book World), this intense thriller is filled with both danger and emotional depth. Elmore Leonard has called James W. Hall’s debut novel “a beauty.”

Dick Francis, who wrote about a gazillion novels all primarily set in the world of horse racing. I've only read a couple so far  - Dead Cert and Forfeit - but have more than a few on the pile. 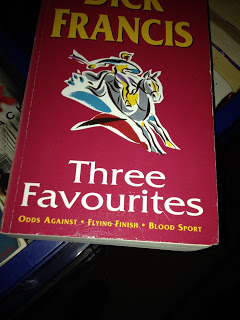 Odds Against is the first of four books featuring Sid Halley and was originally published in 1965.

A classic mystery from Dick Francis, the champion of English storytellers.

Champion jockey Sid Halley retired from racing when his hand was smashed in a fall. Now he works as a private detective - which is proving to be no less dangerous to life and limb.

Recuperating from a bullet wound, Sid is asked by his father-in-law to look into some potentially shady activity involving Seabury racecourse and a ruthless property dealer.

But the closer Sid gets to those determined to get their hands on Seabury, the more he finds himself in harm's way. The odds are against him - but that's exactly when Sid is at his best... 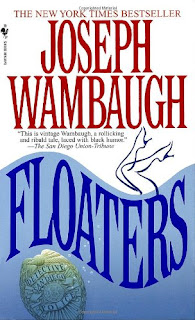 
But now their days are anything but typical, for the America’s Cup regattas have come to town and San Diego swarms with sailors, schemers, spies, and saboteurs,and the cuppies who want to love them. It’s a randy cuppie named Blaze who tweaks their cop instincts that something’s not quite right on the waterfront—and it’s Blaze who sets off a bizarre criminal trail that would be hilarious if it didn’t wind up just as nasty as it gets, with a pair of murders right on the eve of the biggest sailing race of all.