A couple from the depths of the library and Fred Willard. Neither of which I've read and both of which were published about twenty years ago. 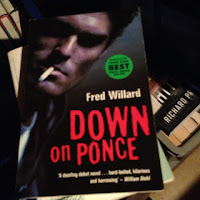 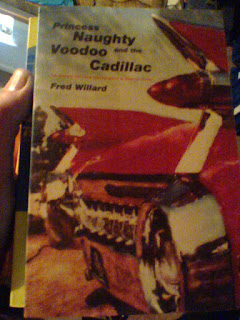 Willard is an American comedian, actor and writer. 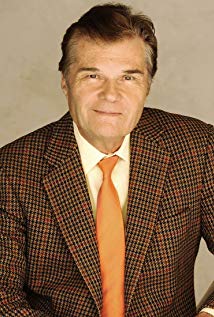 Multi-talented obviously, I'm glad he's not prolific as an author. I can't see that he has any more fiction published in the last twenty years, which means I've a good chance of catching up with his work.

* UPDATE - Lee Goldberg a man who knows, informs me that the author of the books is not the actor and comedian of some renown, but a different guy - a journalist from Atlanta.
Apologies for the fake news! 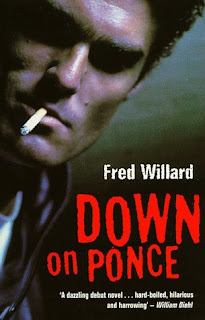 In Atlanta, Georgia, Ponce De Leon Avenue is a street full of whores, hustlers and hiding places. Sam takes against a malign yuppy who offers him money to kill his wife, and takes the money, and warns the wife. When she, the yuppy and the man Sam got to look after his trailer all end up dead, Sam feels in an abstract way that someone ought to pay, and killing people is nowhere near as satisfactory as taking away their money. He assembles a gang--his favourite psychopath, two crippled down-and-outs and a rockabilly undertaker--and poses as the man from the Columbian cartels. And then the plot begins to get seriously complicated...Fred Willard's bleakly funny first novel has a tone of voice as vigorous as its action sequences, a sense of location and milieu as sharp as its plotting. The planning and execution of jailbreaks and hijackings are ingenious and plausible; more unusually, they are carried out in inventive ways which have as much to do with the characters of Willard's charming foul-mouthed criminals as they do with mere practicality. Crime novels come no more hard-boiled than this. --Roz Kaveney


Princess Naughty and the Voodoo Cadillac (2000) 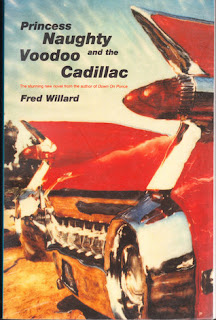 Drummed out of the post-Cold War CIA, Bill Schiller needs a little scratch to ease him into retirement on some warm, remote island. He's already got his stool, filthy rich Atlantan Johnny McClendon who would love nothing better than to prove himself a true patriot. All Schiller needs to do is arrange a couple of simple transfers and blow off a few major players.