Nearly Chicago, almost Cardiff, could've been Canada, but in the end Cape Town

Cape Town is the setting for Mike Nicol's three book Mace and Pylon series of which I've only read Payback and that was a few years back now. (2012.....ferkin hell, where's the time go?)

Killer Country and Black Heart still wait for me, as do a few of his other books.

Praise for this book

"South Africa joins the hard-boiled stakes, and in a wondrous dazzling humorous novel. Imagine Elroy joining forces with Chester Himes, Coffin Ed, and Gravedigger, throw in the spectacular landscape of South Africa, and you ll get some sense of this wild and daring novel. One prays this is the first in a series if Tom Sharpe wrote mystery, this would be it." - Ken Bruen

"Read Mike Nicol now, before everyone else starts telling you how wonderful he is." - John Connolly 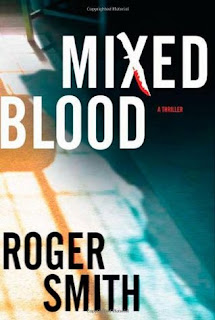 Reluctant bank robber Jack Burn is on the run after a heist in the United States that left $3 million missing and one cop dead. Hiding out in Cape Town, South Africa, he is desperate to build a new life for his pregnant wife and young son. But on a tranquil evening in their new suburban neighbourhood they are the victims of a random gangland assault that changes everything. Benny Mongrel, an ex-con night watchman guarding a building site next to Burn's home, is another man desperate to escape his past. After years in the ghetto gangs of Cape Town he knows who went into Burn's house, and what the American did to them. He also knows his only chance to save his own brown skin is to forget what he saw.Burn's actions on that night trap them both in a cat-and-mouse game with Rudi 'Gatsby' Barnard - a corrupt Afrikaner cop who loves killing almost as much as he loves Jesus Christ and Disaster Zondi, a fastidious Zulu detective who wishes to settle an old score. Once Gatsby smells those missing American millions, the four men are drawn into a web of murder and vengeance that builds to an unforgettable conclusion. 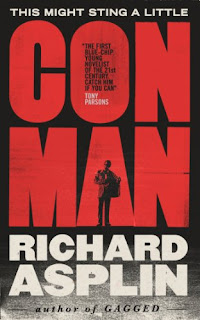 Conman is the story of young Neil Martin, a kindly family man. A bit geeky, a bit nerdy. If you met him, you would assume he runs a failing comic memorabilia store in London's Soho. Which he does. In order to bail himself out of a huge stock-ruining, poster sopping basement flood, he needs to make a claim on his insurance. Which he would do - if he'd remembered to pay his premium. Terrified of losing everything - his wife Jane, his daughter, his business, his home - and scared to appear the dumb, working-class pleb that Jane's father always took him for, Neil reluctantly agrees to help Christopher - a passing confidence trickster - use his premises for a big sting. So the con is on and the trap is set. Neil meets Christopher's crew and, as he introduces them to the world of the vintage comic collectable, he is introduced to the life of the grifter. The swaps, swindles and switcheroos. The colourful patter of marks, mitt fitters, cacklebladders, and cold pokes. But things are never as they seem in the twilight world of the confidence man. And when Christopher's real target is revealed, Neil finds himself plotting, switching, swapping, and scamming for revenge, for redemption. And for his life.

Other candidates....... Joe Gores - Cons, Scams and Grifts and the amazing Matchstick Men from Eric Garcia, adapted into a brilliant film with Nicholas Cage and Sam Rockwell.

Catch Me if You Can is another great film with Leonardo DiCaprio and Tom Hanks and based on a real life trickster turned security consultant Frank Abagnale.

Options include the Jack Taylor series book from Ken Bruen or an Alex Cross book from James Patterson or author Neil Cross - best known for his creation Luther. An early book from Neil then. 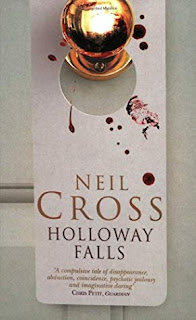 Imagine THE SWEENEY directed by David Lynch, BRIGHTON ROCK by way of Elmore Leonard. Imagine the dream of a wonderful life in an England rank with corruption, a land peopled by failed psychic detectives, conspiracy theorists, fraudulent cult leaders and travelling salesmen with darkness in their freezers. Imagine the darkest joke you've ever heard and you're beginning to get close to Neil Cross's hugely energetic and original world. Meet William Holloway: Family man. Gentle man. Wanted man. Holloway has secrets. Years ago, he witnessed his wife's betrayal and his life fell apart. Now someone's toying with his mind and the life of a missing woman, the prostitute Holloway pays to imitate his ex-wife. When she is murdered, his ex-wife's name scrawled on her abdomen, Holloway is trapped by the consequence of love and sex, of infidelity and violence in a world of his own terrible making. Hunted as a rogue policeman and a killer, he's on the run. And planning retribution.