Another week, another letter, another trawl through my books for some Ts......

Thompson...... Jim Thompson and a couple from his ouevre

I read a bit of him back in the early 90s when I first discovered him, but not so much in the intervening years. I still have a lot of his books to plough through.

Ironside (based around the TV show starring Raymond Burr) was read in 2015 and The Rip-Off in 2013, probably not two of his better books.

Texas by the Tail and After Dark My Sweet 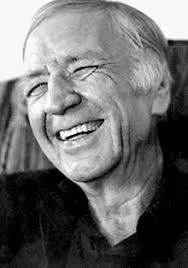 William Collins is very handsome, very polite, and very friendly. His is also dangerous when aroused. Now Collins, a one-time boxer with a lethal "accident" in his past, has broken out of his fourth mental institution and met up with an affable con man and a highly arousing woman, whose plans for him include kidnapping, murder, and much, much worse. 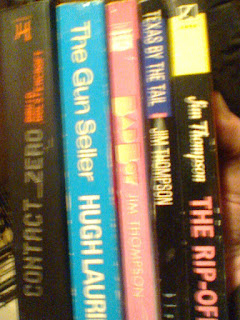 Mitch Corley has a girlfriend with expensive tastes and a ruthless wife who refuses to become an "ex" without major compensation. He needs big money and he needs it fast. Which makes Texas Mitch's natural destination, since nowhere are rich men more inclined to stake huge sums on a roll of the dice. The only problem is that Texans are sore losers--and they have cruel and ingenious ways of getting back at anyone who cheats them.

Texas - as a setting. I've read a few great books set in this vast state - Attica Locke's Bluebird, Bluebird and Heaven, My Home, Nic Pizzolato's Galveston and Joe's R. Lansdale's The Thicket to mention a few.

I've more than a few great ones ahead of me including Lansdale's Hap and Leonard dozen book long series. Savage Season  (probably read before in the pre-blogging days) from 1990 is the first. 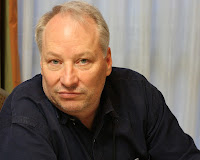 Here comes Trudy back into Hap's life, thirty-six but looking ten years younger, with long blonde hair and legs that begin under her chin, and the kind of walk that'll make a man run his car off the road. Here comes trouble, says Leonard, and he's right. She was always trouble, but she had this laugh when she was happy in bed that could win Hap over every time. Trudy has a proposition: an easy two hundred thousand dollars, tax-free. It's just a simple matter of digging it up... Hap Collins and Leonard Pine, white and black, straight and gay, are the unlikeliest duo in crime fiction. Savage Season is their debut. 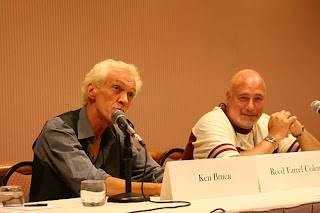 Born into a rough Brooklyn neighborhood, outsiders in their own families, Nick and Todd forge a lifelong bond that persists in the face of crushing loss, blood, and betrayal. Low-level wiseguys with little ambition and even less of a future, the friends become major players in the potential destruction of an international crime syndicate that stretches from the cargo area at Kennedy Airport to the streets of New York, Belfast, and Boston to the alleyways of Mexican border towns. Their paths are littered with the bodies of undercover cops, snitches, lovers, and stone-cold killers. In the tradition of The Long Goodbye, Mystic River, and The Departed, Tower is a powerful meditation on friendship, fate, and fatality. A twice-told tale done in the unique format of parallel narratives that intersect at deadly crossroads, Tower is like a beautifully crafted knife to the heart. Imagine a Brooklyn rabbi/poet -- Reed Farrel Coleman -- collaborating with a mad Celt from the West of Ireland -- Ken Bruen -- to produce a novel unlike anything you've ever encountered. A ferocious blast of gut-wrenching passion that blends the fierce granite of Galway and the streetwise rap of Brooklyn. Fasten your seat belts, this is an experience that is as incendiary as it is heart shriven.

See U next week!