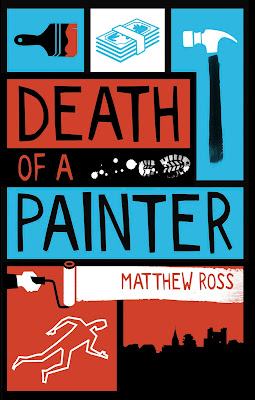 IN THE BUILDING GAME TIME IS MONEY AND MONEY IS EVERYTHING. UNFORTUNATELY FOR MARK POYNTER, HE’S RUN OUT OF MONEY AND HE’S FAST RUNNING OUT OF TIME.

When Mark Poynter discovers a murder on his worksite all of his financial problems suddenly seem a lot closer to home: was this a warning his debts are overdue?

Suspected of being the killer and worried at being the intended victim, the murder only makes Mark’s money problems worse, leading him to turn to the local villain, Hamlet, who has his own unique repayment plan in mind for Mark.

When two more deaths plunge him even further into debt, Mark finds himself faced with a choice – help the police and clear his name or help the villain and clear his debt.

Set in the Medway Towns on the grey margins of criminality, where no job’s too big, no dodge’s too small …

Death Of A Painter is the first in a new series of darkly comic crime fiction novels featuring the beleaguered builder Mark Poynter, aided and hindered in equal measure by his trusted crew of slackers, idlers and gossips, and the lengths they go to just to earn a living.

A debut novel which I really enjoyed.

Mark Poynter's best friend Tommy is murdered with one of Mark's hammers on one of his sites and the police fancy him for the crime. He's in a spot of bother financially and owes a lot of people a lot of money, including Tommy. Motive, means and opportunity - tick, tick, tick.

I quite enjoyed this outing. I liked the main character Mark and his mostly solo efforts to extricate himself from more than one tricky situation. These efforts are at various times helped and hindered by the police, another couple of deaths - one violent, one just suspicious, an annoying uncle, some angry skint builders, the local kingpin villain who's clutches Mark is trying to stay out of and the curious, fleeting reappearance of his long-lost brother, as well as the interesting arrival of a sexy new neighbour, annoyed clients, negative cash flow and a wish to do the best for his dead friend's family.
I had fun when Mark interacted with the police. The various encounters with the lead detective and Mark's verbal jousting with him were entertaining.

I enjoyed the Kent setting with the action taking place in and around the Medway towns of Rochester, Chatham, with Gillingham also putting in an appearance. It's not really a part of the county I've visited - I'm more familiar with Tunbridge Wells and Canterbury.

There's a lot of the everyday and ordinary life challenges of the building trade thrown into the narrative.... the struggles with money, the juggling of jobs and difficult clients, the absolute necessity of finishing a job first time out, no snags, no costly re-visits, the camaraderie of the trade, the contacts and the end of the day pub culture, the critiquing of other people's skills and practices and the fleeting pride in completing a job satisfactorily, before the next obstacle is quickly encountered.

All the above helps the flow of the story as the mundane mixes with Mark's more pressing worries. In a crisis, everyday life has to continue as best it can. There's no madcap relentless pace to the narrative, but neither does the story really stagnate or slow. There are elements of humour in the novel, though I would hesitate to call it comic. The deaths occur off-page, but there is some violence in the book with some disputes becoming physical, nothing gratutitous though. 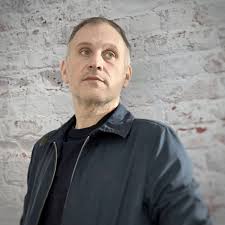 We get answers to the deaths and the guilty are identified and we also have some more unanswered questions over Mark's relationship with his estranged and once feared dead brother. Questions I hope get answered in a future Poynter book, which I'll look forward to.

A great read once I got into it and had some uninterrupted time with the book.