A couple from the 70s and another new-to-me author - N.J. Crisp 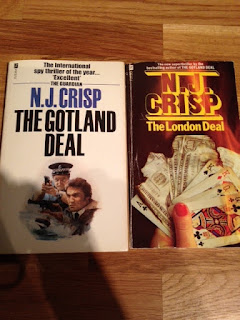 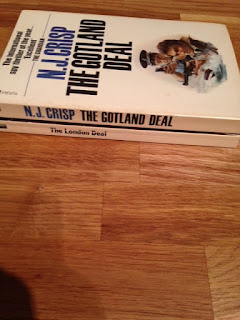 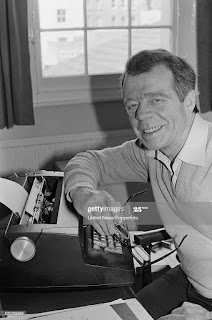 Not an author I had previously heard of until a recent charity shop find. I do like old 70s crime fiction.

From the inside cover of THE GOTLAND DEAL
N.J. Crisp started his writing career in the fifties when he published a number of short stories. He quickly moved on to television drama and has become well known for his contribution to series including Dixon of Dock Green, Doctor Finlay's Casebook, Spytrap and Colditz. With Gerard Glaister he co-devised The Expert, The Brothers and Oil Strike North. This is his first novel.

According to his page at Fantastic Fiction, N.J. Crisp wrote nine novels in his career. 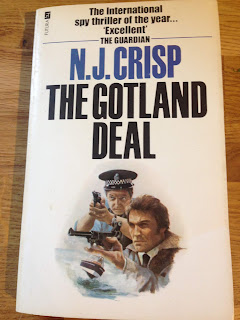 THE MURDER
of a prostitute in Notting Hill...

THE TERROR
of a Foreign Office girl convinced she's ebing watched by the KGB...

THE DEATH
by bombing of a young policeman...

THE SPECTRE
of a Nazi revival in Germany...

For Detective Inspector Kenyon these apparently unrelated events hold the key to a conspiracy that threatens the balance of East/West detente, and lead to an electrifying climax in the pine forests of a remote island off the coast of Sweden. 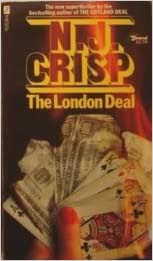 KENYON'S BACK - WITH A VENGEANCE...

A child molester, badly beaten and drowned in a blocked-up lavatory basin; a nightclub boss,
dismembered and fed to a garbage shredder; the wife of a gangland leader who snares Detective Inspector Kneyon in a glamorous game of feath...

From the glittering roulette tables of the West End clubs, where fortunes and lives are won and Lost, to the bleak wasteland of the Essex marshes, every amn is his enemy, every enemy has a hand in