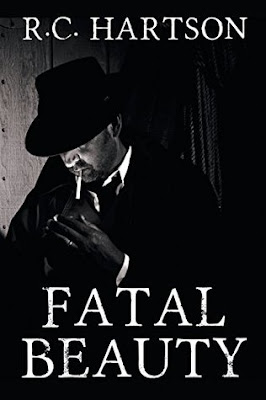 Ex-con Bart Hodgkins is abducting women at random in the windy city. A man without conscience; bold and high on drugs and alcohol, he is self-assured when he manipulates girls like Chelsea Rohrman into his web of evil and certain death.

His "silent partner" in subsequent serial killings is a former Cook County judge and university professor Lewis Lisecki, who is bald, unflappable, and soft-spoken. Plagued at birth, given a dumpy fat boy's body, one with flaccid arms, a short neck, and bad eyesight, he's forced to wear thick, round glasses that make him look like a goldfish staring out from a fish tank.

Ex-Chicago homicide cop and private eye Cleve Hawkins is a hard-boiled former Marine hired by Betty Rohrman to help in finding her missing sister. Through treacherous twists and turns, Hawkins works to solve the case of the missing woman but finds a clandestine world of evil.

An okay mystery but not without a few issues for me.

Decent enough storyline, interesting enough main character, fairly well-written scenes, with okay dialogue and action and build-up, but a plot twist which was telegraphed and no big surprise and almost seemed like an bolted on afterthought as opposed to part of the original tale the author might have envisaged. Maybe I'm wrong, but I was unconvinced by this turn of events and it somewhat marred my enjoyment.

I've read better, I've read worse and I don't leave the book behind ever regretting the time spent reading it. Elements were enjoyable. I like a Chicago setting. I liked the PI main character, Cleve Hawkins, though some of his intuitive investigative leaps also seemed a bit contrived. I think if he'd have bought a lottery ticket, he'd have come up trumps. Ching, ching!

The support cast was ok and there was a bit of an on/off love and romance angle which didn't annoy me. The villains were odious, but that was okay. There's a bit of graphic sex which didn't bother me either.

A lot of reviewers on Amazon rate this higher than me, but it's all about opinions, everyone's got one.

This is the first in R.C. Hartson's Cleve Hawkins series. Triple Crossed and Shadows of Sin follow this one.