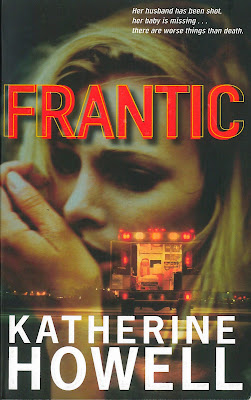 In one terrible moment, paramedic Sophie Phillips’ life is ripped apart – her police officer husband, Chris, is shot on their doorstep and their ten-month-old son, Lachlan, is abducted from his bed. Suspicion surrounds Chris as he is tainted with police corruption, but Sophie believes the attack is much more personal – and the perpetrator far more dangerous...

While Chris is in hospital and the police, led by Detective Ella Marconi, mobilise to find their colleague's child, Sophie's desperation compels her to search for Lachlan herself. She enlists her husband's partner, Angus Arendson, in the hunt for her son, but will the history they share prove harmful to Sophie's ability to complete her mission?

And could one dangerous decision cause Sophie to ultimately lose everything important in her life?

One I quite enjoyed by the end, but which took too long to get going really. Probably near to 100 pages in before anything major happens. I appreciated the need for some set up and back story and context, but I was a bit bored truth be told.

When we were up and running I liked it. Our main character is paramedic Sophie Phillips. She juggles child minding duties with cop husband Chris and the mother in law when their shifts coincide. There's some difficulties in the marriage and each is becoming more distant from the other. Sophie is feeling guilty because she cheated on her husband with one of his colleagues. Chris is shutting her out because of an incident where he took a beating a few months back. All this is against a back drop of a series of violent robberies which a whistleblower has alleged are being carried out by the police.

A tragic work event with a double fatality and a grief-stricken husband issuing threats, kick-start the book. Chris gets shot soon after with Lachlan their son seized in the same incident.

I enjoyed the lengths to which Sophie went to try and save her child, irrespective of the consequences further down the road. Undoubtedly she over-stepped the mark, but desperation and familial love can destroy rational thought in a crisis. Her accomplice in her actions, has his own agenda.

I quite liked how it all tied up at the end. I enjoyed the strand concerning police corruption and the bit of inter departmental politics which always seem to come into play during complex overlapping investigations. I liked seeing Ella Marconi working with her boss and the introduction of an outsider into the case.

The book is billed as the first in Howell's Detective Ella Marconi series, but here she plays second fiddle to anxious mother, Sophie Phillips. I'd probably be tempted by a second book in the series, if only to see Marconi as the main driving force in the narrative. 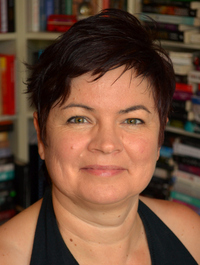 Another plus was the Sydney setting, though throughout I saw little mention of the city itself, if it all, just the areas in and around the place. (I've passed the book on already to an Covid 19 isolator, so can't fact check them.)

Overall after a slow start, not bad.