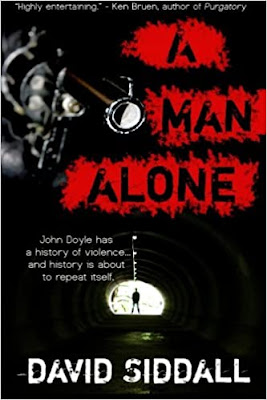 John Doyle just wanted a peaceful life in Liverpool with his wife, Josie, and her teenage daughter, April. But when local crime boss Barry Wood and his thugs threaten April, Doyle is forced to revive the identity he thought he'd buried. Wood is a man used to taking what he wants, and soon Doyle finds himself immersed in an all too familiar war, risking everything he's worked for. But unlike the past, this time Doyle is a man alone.

“Just when you despair of the mystery novel along comes A Man Alone which has the three essentials of great writing, a keep you on the edge of your seat narrative, and a burning intensity to the style…Highly entertaining.”- Ken Bruen, author of Purgatory.

“A compact, paunchy thriller that takes a classic situation - what happens when one Competent Man won't back down? - and adds some clever twists. Siddall writes with great skill and verve, wasting no words as he coolly maps out the route taken by his maybe-hero.” - David Longhorn, editor of Supernatural Tales.

Ticks in all the boxes with this one.......character, story, pace, setting and outcome.

A short, explosive book telling the story of a man with a buried past refusing to be cowed by the local top banana villain-gangster-thug and all round billy-big-bollox, Barry Wood.

Family, a new start, almost a senes of belonging, boyfriend-girlfriend trouble, an intervention, jeopardy, pride, history, secrets, a bloody past, a subdued community kow-towing, increasing isolation, initimidation and escalation, a fractured family, a dusting off of some old skills, mayhem, loss, revenge.

All the ingredients that I like in a book. An intriguing main character with bits of his past slow drip-fed into the narrative. A man with his own code and sense of worth who won't be pushed around and when he gets going, a kind of suburban Rambo. Barry Wood may have met his match. 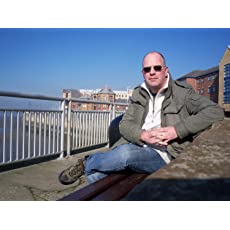 Definitely an author I would like to read more from, though he doesn't seem to have too many books to his name. Breaking Even: And six short stories is all I can find. Worst case I can always re-visit this one when I need an injection of adrenaline into my reading