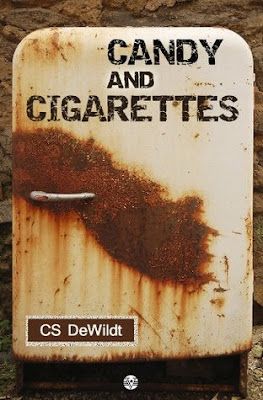 "Candy & Cigarettes is noir of the very highest order, a dark and moody cocktail of the bleak and the beautifully damaged."~Chris Leek, Out of the Gutter Online

In the face of revenge, innocence is meaningless.

Death is omnipresent to small-town loner Lloyd Bizbang. Today proves no exception. After being attacked yet again by a pair of sociopaths who have targeted him since childhood, Lloyd stumbles upon a sight he wishes he could unsee in the town junkyard. Now as he just tries to live through another day, the bodies are stacking up in the town of Horton, and Lloyd finds himself connected to each of them via the drug-and-drink-addled, unhinging police chief, yet another person who has an old score to settle with Lloyd. A game of revenge and survival is underway, but will there be a winner at the day’s end?

Read a little while again, so some of the details and plot points are ebbing away from me.

Small town noir, very dark and with the focus of the story on loner, Lloyd Bizbang (cracking name) and the unnamed chief of police. Lloyd has a connection with death and is tainted in the eyes of the townsfolk. Two accidents, his younger sister drowning and his grandmother falling down the stairs have tarnished him for life. The Chief resents him and with cancer eating through his guts, is going to give Lloyd some undeserved justice. There might be a few bloody casualties along the way.

I quite liked this one. I liked Lloyd, he's undeserving of his fate. He cares for his dying grandfather, he's tormented by two brothers, both bullies and his life is crap. The brothers are vile - aren't all bullies? Lloyd has a pair of friends, who focus on cars and racing and he cadges beer from them both. The owner of the local store does Lloyd no harm, but that still doesn't stop our man lifting a few tallboys whenever he can. I felt quite sad for Lloyd throughout with the crap life he has; enduring the  daily ritual of being the local punchbag, with no hope or expectation of anything ever changing for the better.

The short book (under 90 pages) is peppered with action not just involving Lloyd and the police child, but a slowly widening circle of characters....... assault with a paintball gun, a beating or two, cars and demolition derbies, a town fair, teenagers being teenagers, an abandoned fridge and an enraged missing child, bullying and terror, vindictiveness and an angry gut, history, family, loss, misfortune, terror, violence, death, more death and an inescapable fate and acceptance of that outcome. 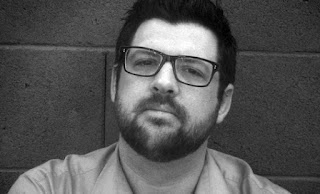 I've read C.S. DeWildt before - The Louisville Problem and some pieces in a couple of anthologies - Trumpocalype: A Total Disaster! and Fast Women and Neon Lights.

There's a couple more from him on the pile - Suburban Dick and Love You to a Pulp maybe more.