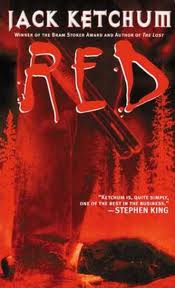 
Larry Brown was one of my favourite authors with two remarkable books, Joe and Father And Son.  His others may also be remarkable; I just haven’t got to them yet. This was a collection of short stories, some better than others. Sad to say he passed away in his early 50’s around 2004.


A couple of early David Owen books, set in South Africa pre-apartheid and before he migrated to New Zealand and brought us the mighty Pufferfish series, which in truth are a lot more enjoyable.


Sullivan spent a year studying rats in the back alleys of New York...fairly interesting.


Kluck interviewed fighters who faced Tyson in the ring....ok’ish.


Pinter’s Mark was his first in a series with a journalist if I’m remembering correctly.

The others were picked up after studying Al Guthrie’s 200 Nor books.


Lionel White was a pulp author in the 50’s. I’ve a few others on mount TBR to read in the next 20 years or so. Loriga’s book wasn’t really enjoyable.

Pick of the month – Ketchum’s tale Red - Old man retribution on the rich kids who killed his dog
Posted by col2910 at 01:26