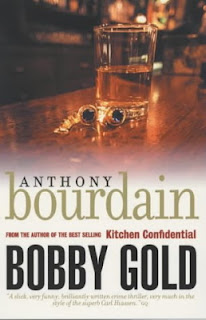 
Jack Danne/Jeanne Van Damme ed. – In The Field Of Fire


Stephen Wright and Philip Wilding are in contention for the supreme accolade – namely the author of least enjoyable book ever in the history of books since the year dot.


Also vying for the title, Kerouac - Lonesome Traveller, probably anything Dean Koontz has written in the past 15 years, Leonie Swann – Three Bags Full.


A close call – probably Going Native will shade it....slightly less painful reading this than boiling my head in a pot on the stove, but it was a close run thing.


Garcia wasn’t great – not a patch on Matchstick Men.


Caunitz – ok, but not as good as I was hoping for.


Richard Francis – won’t be going back there, thank you.


Field Of Fire – Nam stories with a “fantasy” spin – as with any story collection, some a lot better than others.


Tony Black’s novella just didn’t rock me the way I had hoped for.


Bolthole was an early Bill James thriller written under an alias, bit better than average in my opinion.


Coben’s Shelter – I think is a YA targeted book that this MA (middle-aged) reader enjoyed.


Book of the month – Bobby Gold........certainly glistened for me!
Blurb.........
Bobby Gold is a lovable criminal. After nearly ten years in prison, he's no sooner out than he's back to work breaking bones for tough guys. His turf: the club scene and restaurant business. It's not that he enjoys the job-Bobby has real heart-but he's good at it, and a guy has to make a living. Things change when he meets Nikki, the cook at a club most definitely not in his territory. Smitten, he can't stay away. Bobby Gold has known trouble before, but with Nikki the sauté bitch in his life, things take a turn for life or death.