Still playing catch up on my reading list for the past couple of years.......


Robert B Parker – Chasing The Bear


Charles Willeford – A Guide For The Undehemmorrhoided


Charles Willeford – Off The Wall


John Ridley – Everybody Smokes In Hell


Charles Willeford – Made In Miami


Ken Bruen- Murder By The Book


At first glance, I did a whole lot of reading this month, 15 books in total.


Scratch beneath the surface and you’ll see about 5 of the titles are Chap-books type offerings that in some cases probably only stretched to 20-odd pages.


Back in the day, pre-credit crunching days that is, when I had more money than sense, if Crews or Willeford or Bruen wrote it, I felt compelled to track it down and possess it.


My life would be somehow incomplete and the poorer for the absence of some written prose from my library, especially from the ever-increasing number of authors on my list....Crews, Willeford and Bruen just a sampling of names on the Keane must-have, must read menu. I’m cured of that addiction, though I do still have a tendency to acquire more than I can read, though at least they aren’t costing me stupid money.


Over 2 years since I read these, what can I remember?


At one time I loved Parker and his Spencer/Hawk books though after a while the novelty wore off. I couldn’t pass up this cheap second-hand charity shop offering about a young Spencer.....memorable? Hmmm...... not really, passed the time though.


Cohu’s Urban Dog – I only picked up because he wrote about his Scottish terrier, and we have one in our family – Jim, the successor to our previous Scottie – Sid. Ok’ish I suppose. 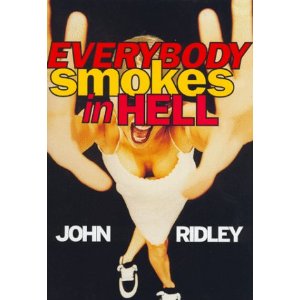 John Ridley’s Everybody Smokes In Hell was purchased after an Anthony Neil Smith blog-posting, either praising this book or one of his others. I definitely read this, and I can’t remember Jack-s*it about it. I’ve lifted the blurb from the Fantastic Fiction posting on the novel and while a few dim bulbs have lit up in my head; I still can’t recall the ending or my reaction to it generally......oh well,
John Ridley -- author of Stray Dogs and Love Is a Racket -- is back with a brutally funny, outrageous new novel that chronicles the mayhem unleashed by the stumblings of one hapless young man trying to make it in Hollywood. 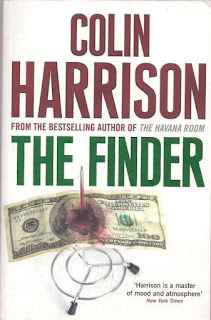 Colin Harrison’s The Finder leaves me similarly puzzled and scratching my head..........


There's no doubt about it: Colin Harrison is a master storyteller. Critics and readers love his gripping, dark books. It's hard not to get sucked into his world. Entertainment Weekly calls him the “class act of the urban thriller,” Michiko Kakutani of The New York Times lauds him as “a master of mood and atmosphere,” and Publishers Weekly crows that Harrison writes “like an angel.” Now the author of The Havana Room, Afterburn, and Manhattan Nocturne raises the stakes with an electrifying new thriller, The Finder. Harrison spins the story of a young, beautiful, secretive Chinese woman, Jin-Li, who gets involved in a brilliant scheme to steal valuable information from corporations in New York City. When the plan is discovered by powerful New Yorkers who stand to lose enormous sums of money, Jin-Li goes on the run. Meanwhile, her former lover, Ray Grant, a man who was out of the country for years but has recently returned, is caught up in the search for her. Ray has not been forthcoming to Jin-Li about why he left New York or what he was doing overseas, but his training and strengths will be put to the ultimate test against those who are unmerciful in their desire to regain a fortune lost. Ray is going to have to find Jin-Li, and he is going to have to find her fast.

Fairly sure I enjoyed this, which is re-assuring as I have the rest of his back catalogue somewhere in the loft.


Bruen/Starr and the 3rd collaboration about Max Fisher........bit disappointing to be honest – I felt they were trying a bit too hard to be funny, came across as forced rather than natural..........does that make sense?