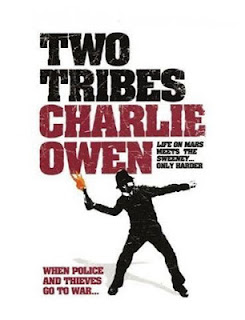 
1978: The UK is crippled by industrial disputes. Rubbish is piled high in the streets and the dead go unburied. Nothing new in Hanstead New Town, a north Manchester overspill. Except an engineering factory is being picketed by the National Front, and it's getting nasty. The police think it's time for action. Chief Inspector Pete Stephenson decides on a subtle solution: a Zulu fighting buffalo formation. Accordingly, the 60-strong patrol group disappear for a month to be trained in Zulu tactics, but most importantly to practice fiercesome chanting. Between them, the cops at Horse's Arse - Pizza, Psycho, the Brothers Grimm, and the rest - ready themselves for a showdown with the pickets. But who is going to win this battle of wits and will, and who will end up being beaten senseless?


Owen’s fourth and last book about Horse’s Arse or Hanstead new town, continues in the same vein as the first three in the series; delivering more of the same set piece jokes and anecdotes picked up during a thirty year career in the police force. The same recurring police characters appear, each with their own peculiar traits and foibles; the clichéd detective with the bottle of Bushmills in the bottom drawer of the desk; the hardy desk sergeant, ever-ready to overlook violence inflicted upon the newly arrested.


The novel deals with several situations or crimes occurring in Hanstead; an industrial dispute with racial overtones, a violent rapist and an eager prolific flasher, as well as the personal lives of several of the protagonists – the PC with the paralysed wife seeking to end it all, the undercover officer who already having lost his wife and sons to the job is approaching breakdown and rock bottom – amongst others. The plot(s) almost seem incidental to the jokes.


The books have been likened to Life On Mars and The Sweeney, and with the 70’s non-PC feel to all the books, the comparison is appropriate. I think Owen rues the passing of the good old days, when it was cops and robbers and “Evenin’ All” after a few swift blows from a truncheon, before harking down to the pub for an all night session. Heroic, flawed cops on the frontline, battling against the villains, whilst at the same time showing enough truculence towards management to retain their pride and self-worth.


There’s plenty of violence, bad language and toilet humour prevalent to populate a couple of books which in truth I don’t find objectionable – I’m still in touch with my younger, giggling schoolboy self.


Having read the previous 3 in the series, I’m glad Owen has decided to call it a day now as he’s been repeating himself since book 1, or in any case banging the same drum and delivering the same message – it was better in our day.


I can hear him now....... oh it’s all gone to shit, too many pen-pushers, not enough front-line coppers, too much paperwork, not tough on crime, too many villains taking liberties, blah blah blah.


Oh don’t you just long for the days when the SPG lockers were full of baseball bats and knuckle dusters, ready to cosh a striking miner or ANL protester at a moment’s notice?


The first 3 in the series are as follows;

Probably a 2 and a half from 5, so we’ll generously round it up to a 3.I did laugh out loud and I was amused and entertained, but could have done without the drum-banging epistle.


Bought this one new from Waterstones, probably about 3 years ago.