Not quite sure what I was thinking when I acquired these books as they are a bit different from my usual reading.

Anyhows - 2 from George MacDonald Fraser and his Flashman series... 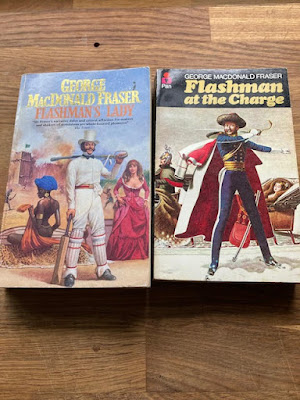 Humour, adventure and a bit of history? Probably a touch of all three, plus the fact that the few books I came across were inexpensive and I had heard of the main character, possibly because of a TV adaptation.

George MacDonald Fraser wrote a total of 12 books in his Flashman Papers series.

These two are the 4th and 6th in the series. 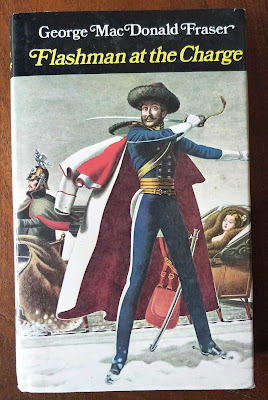 Was there a man dismayed?

Indeed there was. Harry Flashman.

After standing with the Thin Red Line and galloping with the Heavy Brigade, the lecherouslancer finds himslef first in the Valley of Death, his whiskers bristling with terror, his bowels thunderously discharging a cannonade of wind...

How Flashman came from the bedrooms of London to the Crimea and beyond draws the fourth great adventure from the scandalous memoirs.

After the Charge lay imprisonment in Imperial Russia, headlong escapes, savage tribesmen to right of him, silken skins and saucy behinds to left of him... 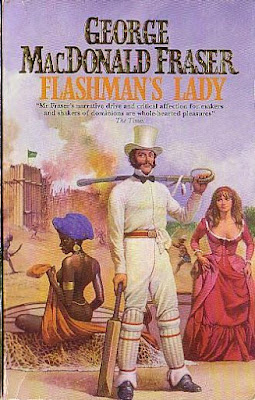 When Flashman, the most decorated poltroon of the Victorian age, accepted an invitation from his old enemy, Tom Brown of Rugby, to join in a friendly cricket match, he little knew that he was letting himself in for the most desperate game of his scandalous career -- a deadly struggle that would see him scampering from the hallowed wicket of Lord's to the jungle lairs of Borneo pirates, from a Newgate hanging to the torture pits of Madagascar, from Chinatown dens to slavery in the palace of a mad black queen. If he had known what lay ahead, Flashman would never have taken up cricket seriously 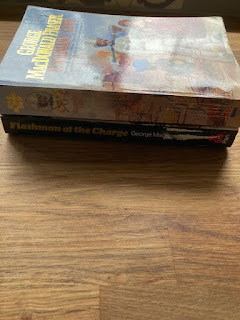