Synopsis/blurb....
“Steady now. Focus.
Look down the barrel. Breathe out. Relax.
When I count to three: Start shooting. One … Two … ”
London Baines has it all.
His ‘real-life’ TV show. All the money he’ll ever need—thanks to his wealthy father, Herbert.
And someone hiding in the wings who’d rather see him as a corpse.
In the beginning, Herbert’s fears for his son’s safety seem like parental overreaction.
But Rafferty witnesses a visceral new threat to the heart of the Baines family and realizes the only chance at keeping London alive is to take him out of view.
Reality TV: the ultimate oxymoron.
And when London disappears from right under Rafferty’s nose, a happy ending seems farther away than ever.
Can Rafferty flip the script, bring London home, and reunite father and son?
Or will the bad actors succeed in canceling London’s run—permanently?
DOWN THE BARREL is the ninth book in the Shamus Award-winning Rafferty P.I. series from author W. Glenn Duncan Jr.
If you’re a fan of Spenser, Reacher, or Elvis Cole, this series is a must-read.
Don’t miss another moment of hardboiled, wisecracking action with Rafferty P.I.
My second time with author, W. Glenn Duncan Jr. after the shorter novella Show Me the Money was enjoyed a month previously. Down the Barrel is the ninth full length novel in the long-running Rafferty PI series. It's a series which Duncan Jr. (3 books) has continued after the death of his father (6 books).
To be honest it was a book which I struggled with initially. I found it painfully slow for nearly the first half, maybe 40% with very little happening. The set up seemed to go on for ages with little action. After this point, it does kick into a slightly higher gear and things start moving.
Rafferty our main character is tasked with protecting a rich man's son against some anonymous threats, including the previous torching of London Baines' car. We have a frustrating investigation with dead ends, blind alleys and some conflict between Rafferty and his ungrateful charge, London. Herbert, London's father and Rafferty's client, is an ineffectual buffer between the two protagonists.
London has a burgeoning career as a reality TV star and Rafferty's efforts to keep him safe run contrary to Baines' desire to be the centre of attention and foremost in the public's eye. I think another issue I had with the book was the fact that because the guy we were protecting wasn't especially likable it was hard not to wish him harm. Maybe the fact that he was rich, young, handsome and popular - all things I'm not - set me against him from the get go.
There are physical threats towards Baines Jr. and Rafferty and his helpers (Cowboy and Mimi) as the book progresses. Rafferty's investigation stutters and stalls. His new boat, their hideaway and refuge comes under sniper attack and gets torched (I think - I read this a month or two back and some of the details have receded). Rafferty butts heads in a peeing competition with local law enforcement, unhappy over the strife his party has brought to his small town. There's a bit of wisecracking between Rafferty and Cowboy, his back-up guy. 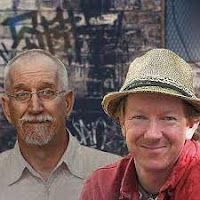 Eventually, we get to the bottom of the threats and while it wasn't an unsatisfying end to the book, it wasn't unimagined. There are a few twists throughout but the guilty party was pretty much in plain sight all the way through.
I think overall I felt a bit underwhelmed by it all and while the second half of the book picks up, it didn't do enough to offset a dull opening.
3 from 5
Read - February, 2022
Published - 2022
Page count - 328
Source - review copy courtesy of author
Format - Kindle
Posted by col2910 at 06:08