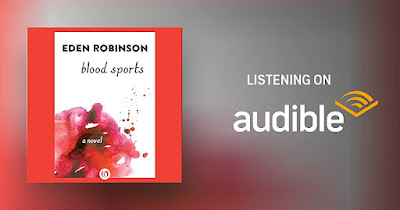 Synopsis/blurb...
A young man with a questionable past must survive a nightmare of terror and torture in this dark and powerful thriller from one of Canada's most acclaimed contemporary authors.
The Downtown Eastside in Vancouver, Canada, is about as close to urban hell as you can get in the Western Hemisphere. Yet in this cauldron of drugs, shattered dreams, and extreme violence, Tom Bauer and his girlfriend Paulie - both ex-junkies and parents of baby Melody - are trying to make a life for themselves. For years, Tom, an epileptic, was firmly under the thumb of his psychopathic criminal cousin Jeremy, who dragged Tom down into a netherworld of addiction, prostitution, pornography, sadism, and murder. But those days are over, or so Tom believes - until the day that he returns home from work to find two vicious thugs waiting for him and Paulie, and little Mel gone. What happens next will change Tom's life forever and outdo every horror that still dwells in the shadows of his memory.
In this sequel to her critically acclaimed novella Contact Sports, author Eden Robinson returns to the gritty urban landscape of inner-city Vancouver and offers a disturbing view of human lives on a razor's edge. A story that jumps freely backward and forward in time, presented in a brilliant and unconventional tapestry of literary styles, Robinson's second novel is truly a mind-blowing experience that will thrill, move, enthrall, and horrify listeners in equal measure.
One that had its moments but which overall I liked a bit less than I expected to. The grit and grimness of the blurb led me to believe this one was right up my dark alley, but for whatever reason (and I don't think it was the narration that was the problem) it just didn't work for me.
A couple of recovering addicts are manoeuvred and manipulated by an older relative. The end.
Ok, there was a lot more going on than that and the timeline flip flops backwards, forwards, maybe sideways. I got a bit consufed or confused after a while.
Jeremy is the controlling cousin of Tommy. Tommy loves Paulie. Tommy's mum isn't that great a help to him. Jeremy by turns is either incredibly kind and generous, or a massive douche bag. His drug dealing sees Tommy, Paulie and their infant kidnapped and in real jeopardy. Along the way and prior to or maybe after (can't remember, don't know, don't really care) we have a few encounters with Jeremy's enemies and we end up with a couple of corpses. The climax/ending/outcome I can't actually recall.
Maybe I'm being harsh and it was a case of wrong book, wrong time and perhaps I would have liked it better if I'd listened to it a week before or a week after. Maybe I'll try it again when I've exhausted all the other books in my Audible library.
Usually a Canadian setting works for me and I like a visit to Vancouver. On this occasion perhaps if the story had been told in a linear fashion and our main character, Tommy hadn't appeared to be quite so passive I would have enjoyed it more. 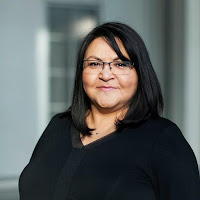