A bit of 70s comedy crime from Australian author, Tony Kenrick. Australian, but these and most of his other books appear to be set in the US. 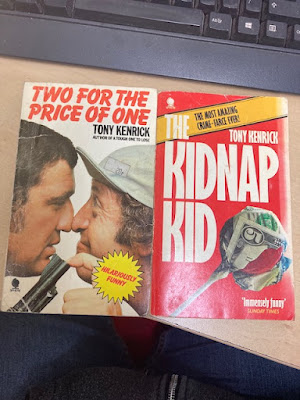 I do like a bit of humour in my reading. Not always but often enough to relieve some of the dark side of the genre that I frequently turn to. That said it can sometimes be a bit hit and miss. Humour is very subjective.
About the author,

Kenrick was an advertising executive from Sydney, Australia, who later became a suspense/thriller author. He lived in Canada, the US, and Europe. He worked for many years in advertising before becoming a writer. He and his Welsh wife and their two children lived in Weston, Connecticut. His advertising background is clearly evident, and even parodied, in his novel "Two Lucky People," in which the protagonist, Harry, is an advertising agent. He suggests a wacky television ad which consternates his boss, but which also wins over their very wealthy client. After that, the boss treats Harry very nicely. Even readers ignorant of the cut-throat world of advertising have found this early scene in the novel to be hilarious.

A few were optioned for film, but regrettably were never made. And a couple of them actually were..... Shanghai Surprise and Nobody's Perfekt (Two For the Price of One)

His full bibliography is...

Stealing Lillian aka The Kidnap Kid (1975)

Apart from these two I have another couple of Kenrick's book on the pile. I hope they prove to be worth the punt. 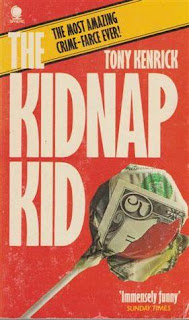 Bunny Calder is the con man to beat all con men. And he's the unwilling recruit of the US Government in a plot to trap a gang of nefarious guerillas out to grab twenty million dollars in ransom money. The bait is Lillian, a hilariously foul-mouthed nine-year-old racing addict ripe for kidnapping. All Bunny has toi do is pretend to be her doting millionaire father. 'Mother' is the last person Bunny wants to meet again - she was the last person to be conned and her ambition in life is to scratch his eyes out!

This mad menagerie, cunningly disguised as the devoted and ludicrously rich Bergstrom family, settles back to await developments... 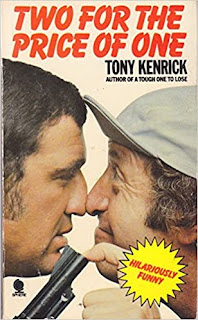 IT COULDN'T BE HAPPENING! NOT FOR REAL.

But there it was, a Navy destroyer with its five-inch guns pointed straight at the Chase Manhattan Bank.

To prove their point, they put an incendiary shell into the bank.

Then Dibley, Swaboda and Byrd arrived. They were nuts looking for compensation from the city for the beat-up old car they wrecked in a pothole. Their plan was similar, but all they wanted was $150. Which spelled disaster for the real crooks. 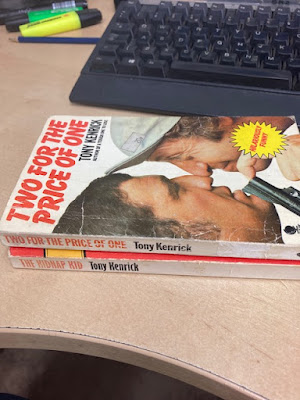