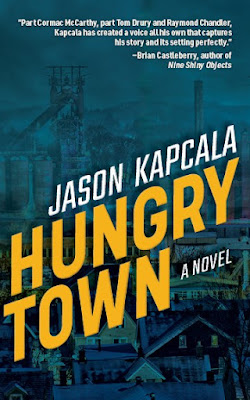 Synopsis/blurb....
One October night in the depressed steel town of Lodi, Ohio, two police officers respond to a call about trespassers in the derelict Lodi Steel machine shop. A chase through the crumbling cathedral of steel columns launches a chain of events that will test the officers’ partnership and leave a boy to fend for himself in a decaying Rust Belt neighborhood choked by joblessness, boredom, and addiction.
On the opposite end of town, a young woman steps out of a rust-bucket Grand Marquis into an all-night diner. Instead of luggage, she carries mementos: an ankh tattoo she inked herself and a wallet-sized photograph of a boy who disappeared. She doesn’t realize her ex-boyfriend has hired two brothers to track her down and bring her back, by any means necessary.
The complex female leads of Hungry Town, with its sharp dialogue and poetic sensibility, turn classic noir and cop drama tropes on their heads. These morally complicated characters weave in and out of each other’s lives, sometimes violently, sometimes with surprising compassion.
“A literary page-turner. . . . Part Cormac McCarthy, part Tom Drury and Raymond Chandler, Kapcala has created a voice all his own.” —Brian Castleberry
Hmm..... three plus months since I read this one and I still find myself thinking about it at odd moments. That said, I'll struggle to do it justice here.
Really, really good. Populated by sympathetic characters that you come to care about, an engrossing and complex tale with seemingly separate story strands that during the course of the book intersect and connect and entwine, under the skill of a very talented author.
Two cops - partners, but three all told in a relationship, one harbouring secrets, a neglected child, bullied at school, ignored by his mother, alone after the tragic death of his brother, a domestic abuse victim making a break for freedom and the ex whose ego and pride won't let her leave.
Small town setting - urban decay, economic deprivation and a loss of hope and opportunity, job trauma and a career change, poor decision making, lazy policing, an avoidable tragedy, a nearly love triangle with two siblings and the girl with the wrong brother, feckless parenting, grief and guilt, but contrasted with steel and strength.
It's a book where you want to reach into the pages and steer the characters towards happier situations and better relationships. You share in their disappointments and the cruelty that life in the guise of fate, selfishness and deliberate vindictiveness inflicts on them.
4.5 stars from 5 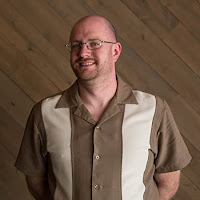 Hungry Town is Jason Kapcala's debut novel, though he has a previously published collection of short stories - North to Lakeville. I'll keep an eye out for whatever he does next.
Read - December, 2021
Published - 2022
Page count - 298
Source - review copy from Edelweiss Above the Treeline
Format - ePUB read on laptop
Posted by col2910 at 12:28