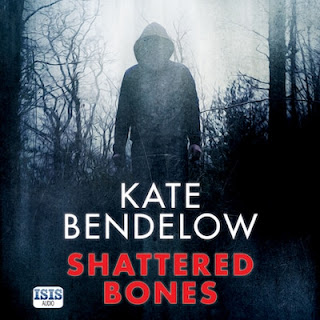 Synopsis/blurb....
How do you catch a killer if you can’t identify the victim? A scene of crime officer collects the evidence piece by piece in this gritty British mystery.
SOCO Maya Barton is called to a canal where a heavily decomposed male body has been discovered. A bank card belonging to Trevor Dawlish is found in the cadaver’s pocket, and the name matches that of a missing person.
All seems straightforward—until Trevor’s wife phones the police to say that Trevor has returned home, leaving Maya and the team wondering who the unknown male is.
When it’s revealed that the male was dead before he entered the water, Maya finds herself with a murder on her hands. But when another body is discovered, the case becomes further complicated. The hope is that facial reconstruction of the first victim will help solve the mystery—but it may lead Maya and her team down an even darker path.
A really enjoyable encounter with author Kate Bendelow and Shattered Bones. Shattered Bones is a second in series featuring SOCO (scene of crime officer) Maya Barton.
It's a busy book. We have a murder mystery initally made all the more difficult because of the trouble identifying the victim. This soon ties into a missing person case that has been slightly on the back burner for the police. Here we have an absent husband, Trevor Dawlish with his bank card on the canal corpse, a distracted wife, an ailing mother, a covetous neighbour and plenty of domestic drama and tension.
There is also a large focus on Maya and some issues from her past, foreshadowing her and her mum. An ex-con, Marcus Naylor - her father - has been released from prison, and Maya and her mother are concerned about this turn of events.
I liked the subtle blend of police investigation merged with a backdrop of personal story. The SOCO team are a close bunch, working and socialising together and they all look out for each other. There is on-going tension throughout the book between Maya and one of the detectives, Jack who is working the same case of the canal murder victim. Jack actually isn't as unlikable as Maya believes, and there's an incident which occurs which cements that belief for me. There's also some much needed humour added to the story with the addition of a new team member Tara (I think) to the unit. Every scene which featured her cracked me up. I think she was my favourtie character in the book.
There's a closeness between Maya and her mother Dominique. They both carry scars over the events which saw Marcus Naylor imprisoned. These events are hinted at but never actually described. We also spend some time with Marcus and his brother, Anthony as they enjoy his new found freedom together.
Bendelow kept me on my toes here, as I was never quite sure who I needed to be suspicious of, who was innocent and who was clever at deception. The murder victim and the missing person case tie into together. It's a sad tale in many respects of four (probably more) lives ruined by a lack of honesty in regards to matters of the heart. Events at the end, also leave plenty of scope for more trouble further down the line for Maya and her mother, in spite of some longed for romance unfolding.
I think quite early on I decided to stop trying to second guess events and just go where the author was taking me. Initially I did have some confusion as to the Maya-mother-Dominique-dad-Marcus relationship. Maya refers to her mum both by her first name and as momma. Her father, though they are never on the same page in the book is only ever Marcus. I just found it a bit puzzling in light of how I address my own mum and similarly the terms used by my children towards me, but in the scheme of things it was a minor glitch I soon adjusted to.
I enjoyed the narration by Annabelle Indge. The emotion and passion she injected into the narrative was infectious and I couldn't help but get caught up in events. She really added an extra dimension to the story. 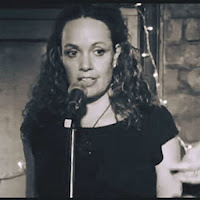 Overall I really enjoyed it and unlike other books where there's a seed planted at the end which kind of sucks you into the next one further down the road, on this occasion I was happy to go with it. I'm definitely interested in reading more from this author, so perhaps the little nugget planted did its job.
4 from 5
Read - (listened to) April, 2022
Published - 2021
Page count - 382 (9 hrs 33 mins)
Source - review copy from Isis Audio
Format - Audible
Posted by col2910 at 03:27