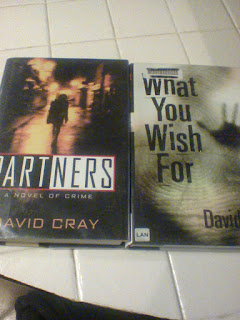 2 from David Cray this week, only David Cray is a nom-de-plume and the actual author is Stephen Solomita.

Stephen Solomita is a favourite of mine, though admittedly there’s more books still to be read than have actually been enjoyed thus far – but all that means is that there’s plenty to look forward to. 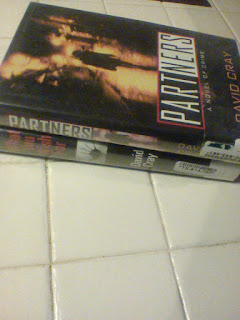 As Solomita he has featured on the blog a couple of times – a “2 by” post, a review of The Striver and a Q+A session which for the most part was Stephen entertaining us with life on the mean streets of LA as a cab driver. 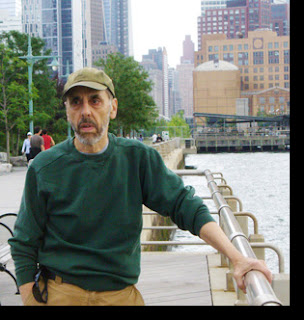 There have been a total of 6 books published as David Cray between 1995 and 2004. None of these are flagged as series books on the author’s page at Fantastic Fiction, but I think they have one or more recurring characters in a few of them. 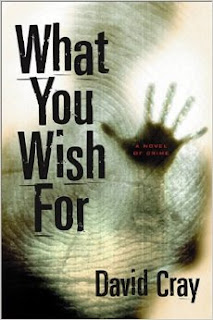 David Cray staked out his gritty, darkly realistic territory in the field of crime fiction with the gripping police procedural Little Girl Blue. In it, he also introduced the tough-minded NYPD lieutenant Julia Brennan and disaffected undercover cop Peter Foley." "Now a captain and commanding officer of the district attorney's Sex Crimes Unit, Brennan is single-mindedly investigating the homicide of Adeline Rose, an elderly widow and heartless stepmother who has been found murdered in the third-floor sitting room of her Manhattan townhouse. So engrossed does Julia become in cracking a case with several likely suspects, one motive (money), and no alibis, that she barely notices Peter Foley's failure to return her phone calls. By no mere slip of the mind, on Foley's part. For he has discovered that his daughter, Patti, kidnapped more than five years before, is still alive. Prepared to do anything on either side of the law to get Patti back, Foley has intentionally been avoiding Julia, so as not to compromise her by-the-book procedural scruples. Julia, though, soon proves to be Foley's fiercest ally. Flouting the risks to her very public career, in an increasingly more hazardous and only marginally legal pursuit through the seedy precincts of the city's child pornography industry, she joins Foley in his desperate search for his eleven-year-old daughter. With stakes so high, no rules hold. 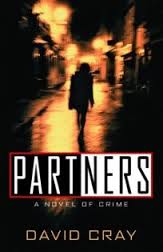 On July 8 Jorge "Finito" Rakowski is released from the Otus Bantam Correctional Center on Rikers Island, where he has served ninety days for Criminal Mischief in the Fourth Degree; he's a thief. Nine months, thirteen victims, and several Latino aliases later, the handsome, sandy-haired Finito, whose magnetism only begins in his penetrating green eyes, has with deadly invention raised his criminal stakes. He has become a serial killer. In this gripping, new police procedural, the enthusiastically reviewed David Cray again lays bare the ambitions and betrayals among New York City's police detectives at the same time that he explores the darker side of the criminal mind. For NYPD's Belinda Moore-confident, cool, professional, black-and her dogged, promotion-hungry partner, Pudge Pedersson, find themselves not only baffled as to the identity of the notorious, slippery, and increasingly desperate Break-In Killer, but also battling, and defying, their superiors in the police bureaucracy. More and more, Belinda and Pedersson realize they can't crack the case and play by the book. What they don't realize is where the case-and a perp who's on to them-is dangerously, maybe even fatally, taking them.
Posted by col2910 at 00:10