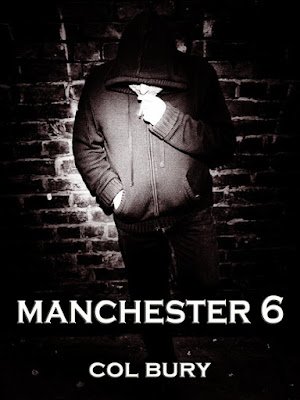 Manchester 6 focuses on the best and worst of human nature, personified in the gritty urban setting of Manchester, UK. It features a plethora of no-nonsense characters you’d ordinarily want to avoid. The six stories highlight generally decent folk who become embroiled with the lower echelons of society, aka scumbags. Whether it’s the paranoid, spliff-sucking writer who has an online spat, or an ex-soldier hunting a notorious gang, there’s conflict galore.

Meanwhile, hell hath no fury, like a window cleaner ripped-off of his Christmas tips, and a heroic family man faces Al Qaeda and the decision of his life. When you add to the mix, the luckiest gambler in town having a ball, coked up in a lap-dancing club, and an eccentric ice cream van owner who pushes ‘friendship’ beyond the limit, you know something’s got to give, and, boy, does it! This collection oozes dark wit and has more twists and turns than a snake on speed.

A short book of stories, but enough here to keep me amused and entertained.

My favourite concerns a window cleaner who snaps and sets in motion a revenge attack on the villain who has ruined Christmas for him and his kids.

Which isn’t to say that the others in the collection are too shabby either.

International terrorism comes to Manchester……. a good neighbour with a genial, generous nature gets taken for a mug…… Dogger Dave and his tiny appendage….plus plenty more besides

Violent, gritty, fast and furious with street language and touches of humour – sprinkled throughout.

There’s a piece at the back of the book where the author explains the inspiration behind the narratives, what conversations and chats inspired certain tales – an interesting peek inside a writer’s brain.

Purchased some time ago on Amazon UK for kindle. 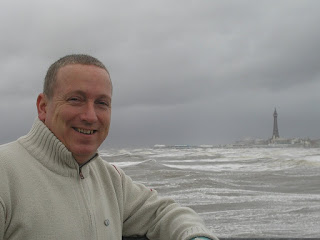 His first novel was published last month - My Kind of Justice.
Website  - here
Twitter - @ColBurywriter
Posted by col2910 at 00:10