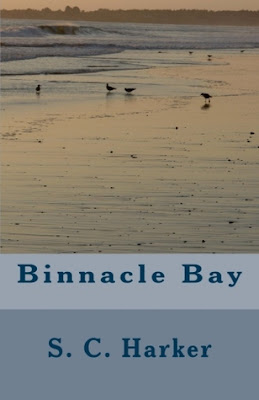 More than a year has passed, yet small-town Police Chief Pat Fitzlaff is still haunted by his failed love affair with Sasha Murdoch. A complaint about a barking dog and the sound of a gunshot at the home Sasha shares with her new husband brings Pat racing to the scene, his instinct telling him something is very wrong. When he arrives at the secluded beach house, he is confronted by an immense hound standing guard near Gus Murdoch’s lifeless body. Gus has been murdered, and Sasha is missing.

Now with the dog, Murphy, his constant companion, Pat begins an investigation that will jeopardize his job, his career and ultimately his life and Murphy’s to catch a clever and heartless killer with a long criminal past and an uncanny talent for disguise.

Best book ever? No but an enjoyable small-town murder mystery with a likeable main character, Pat Fitzlaff and a mysterious dog Murphy. Murphy, a massive hound appears on the scene at the initial murder.

Gus Murdoch has been killed and his wife, Sasha is missing. Sasha was a previous girlfriend of Pat, our Chief of Police. Sasha was a freelance journalist and was researching a story, involving a couple of missing criminal associates and about $16 million in criminal proceeds.

With Sasha disappeared, Mayor Logan, the head of the tourist town is keen to see the case closed quickly. Dead husband – missing wife = domestic strife. A further body lends some credence to his theory, especially if you don’t look too closely at the facts. With Fitzlaff refusing to play ball, Logan brings in another investigating detective who is quite happy to wind the case up.

Pat continues to poke and probe and pick away at the pieces, convinced the Sasha he knew wasn’t capable of murder. Friends of both him and our married couple, appear reluctant to disclose information on what Sasha was up to. Fitzlaff with the support of his close-knit team, both of them and with some input from a colleague in another out of town agency, in defiance of the mayor, remains convinced the heart of the mystery centres on our disappeared witnesses. With a few secretive and mysterious residents in Binnacle Bay, offering alternate suspects, he may nail the true killer.

Interesting setting, small-town politics, undue mayoral influence, plenty of secrets, plenty of gossip, a few local eccentrics, a bit of fishing and boating, the possibility of a little bit of romance for our police chief, a bit of retrospective yearning for the one who got away, all in all – a decent mystery albeit at a slightly less frenetic and violent pace than my usual fare.

Fitzlaff in the end resolves the case – and I must admit the author caught me out, though not sneakily. Retrospectively the subtle clues were there, but I missed them…..doh.

Only one mystery remained – where did Murphy get to?

The author was kind enough to send me a copy of this in return for an honest review.

Binnacle Bay has also been reviewed at Kirkus - here.