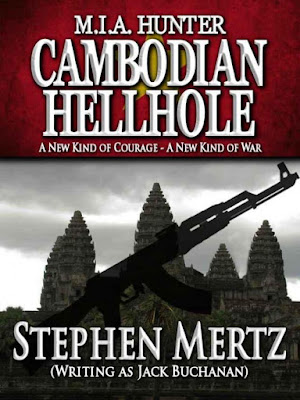 After escaping a CIA team sent to capture him in Bangkok, Stone finds himself on a brand new mission. One of his buddies who saved his life in the Vietnam war has been captured in Cambodia and needs to be rescued. Mark Stone, again joined by his fellow mercenaries Terrance Loughlin and "Hog" Wiley, goes in search of his friend, but ultimately is captured.

Tension mounts as his team works to find and free him. While a huge US Strike on the camp is imminent, Stone is subjected to various torture techniques and abused, resulting in him fighting for his very life.

This action-packed follow up to the first volume in the series M.I.A. Hunter is a must-listen for Stone fans and readers of men's adventure/war fiction.

Another slice of action/adventure/war fiction which despite the predictability of the outcome I enjoyed. When a series runs to 15 or 16 books, you know that however much jeopardy the main character finds himself in, he is going to get out of it and live to fight another day, or in Mark Stone's case - fifteen.

War setting, a few bumps with some CIA ops who you kind of feel might be on the same team - but no, another POW tip off, and another rescue mission launched , Cambodian jungle, a hike, a surveillance op, capture, torture, forced labour, mining, a raid, rescue, firefights, multiple deaths, ambushes, freedom, the end.

I'm not being unduly flippant. I quite enjoyed it, but I wasn't especially blown away - unlike some of the characters in the book. The pace is snappy. You can't doubt our main character's patriotism or loyalty to those he fought with. Stone expresses an anger and disillusionment with government at what he feels is their betrayal of the soldiers that were left behind. In a slightly different context, I think that can be a common trait for all citizens at one time or other, especially during hard times - a sense of disenfrachisement maybe because of unemployment, economic downturns or pandemics and lockdowns. Maybe it's more so for people who have actually served and seen combat.

Back to the book, I had fun, I was entertained, I was invested in the story and wanted to see what twists and turns and hardships our band of brothers endured before the inevitable outcome. What else is a book supposed to do?

Bang for my buck! 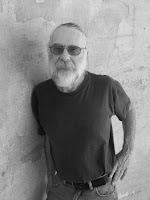 The first in the series, M.I.A. Hunter was enjoyed a month or two back. I'll be happy enough listening to another Mertz/Buchanan offering in a month's or so's time.