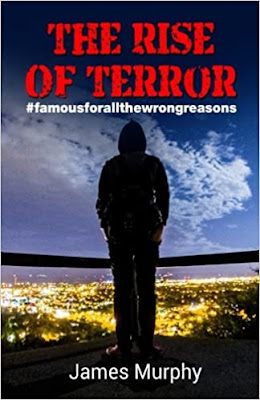 Synopsis/blurb....
The quest for justice throws private detective Mark Shaw straight into the path of the deadly cult leader Terror. When Shaw’s uncle’s death went unresolved Shaw inherits Farset Investigations and vows to bring the killer to justice. The hunt takes the west Belfast man into the sights of two worldwide murderous organisations. His life, his family and his team are all at risk, but there is no turning back. The self-proclaimed, Terror, alter-ego of Belfast Chronicle reporter, Caleb Doyle, has vowed to rid the world of people who he has deemed are #famousforallthewrongreasons. His worldwide following, is all too willing to do his will. The Prophet, global leader of The Enlightenment Movement, has total and absolute control of his acolytes. He will stop at nothing to retain his power, the great wealth he has amassed and to cover up the many crimes and misdemeanours of those who act in his name, with a trail of blood, bribery and corruption in their wake.
I quite liked this book, without ever being stunned or amazed. We have a Northern Ireland setting - a plus and a likable main character, Mark Shaw looking into the death of his uncle, an investigator alongside a Liverpool policeman. The murderer is known to the reader and we are privy to not only his identity, but his thoughts and deeds and plans. The death of the uncle is one of a few murders in the book.
I'm not usually a fan of the demented crazed killer with a skewed logic and a cunning plan, but here with his proximity to Shaw and his inveigling into the investigation to bring him down, I was happy to go with it.
There are a few additional elements to the story which I quite enjoyed ..... a cult/religious angle, escape from said cult and recovery, a kind of grooming situation of a vulnerable young woman, and a social media angle with the killer promoting his own actions online and gaining followers.
The Rise of Terror is the first in a three book trilogy from author James Murphy. From what I can tell it's the author's debut novel and I guess that shows in places. There's a tendency to over explain with too much detail. Every action seems to be illustrated instead of implied. A bit more - show, not tell - would have cut down some of the word count and made for a faster, leaner story in my opinion.
Overall more to like than dislike and I'm interested enough to see how the second book in the trilogy - The Terror Within - reads. Dark Light rounds off the trilogy. 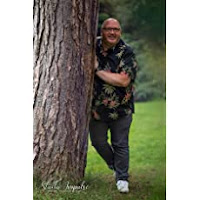