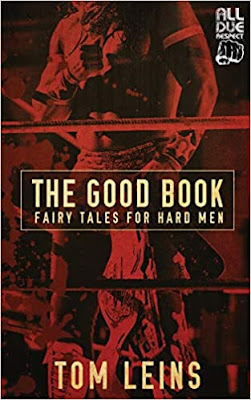 Synopsis/blurb....
Testament, Florida is the town where the American dream bottomed out. A town that was bled dry and kicked into the weeds by venal men with bad intentions. A town so insignificant that it no longer appears on any map.
During the 1980s, however, it was home to the Testament Wrestling Alliance, the chaotic wrestling promotion that made stars of Gringo Starr, ‘Voodoo’ Ray Blanchette and the Jazz Butcher. The man who made it happen was promoter Frank ‘Fingerf*ck’ Flanagan, who ruled his territory with an iron fist. A tough man willing to make tough decisions, Flanagan’s personal road to hell is paved with dead wrestlers.
The Good Book is an interlinked, 21-story collection that takes place between 1980 and 1999. These stories are grubby, hardboiled tales that explore the lives of desperate men—men who can’t leave their rivalries in the ring. In Testament, every action has a reaction and every feud ends in carnage. If someone else wins, you lose.
Last of my December reads and a day spent in the company of some of Tom Leins' short stories is always rewarding. 2020's reading ended on a dirty high.
There's a certain inimicable style to Leins prose which marks it out as an acquired taste. Here all our stories are centred around wrestling ..... graphic, violent, bloody, and filled with damaged protagonists, some of whom we meet more than once.
For the benefit of my OCD, we have.....
Chicks Dig Scars
The Curtain Jecker
Hellbelly
The Sunset Flip
Fairy Tales for Hard Men
The Big Blow-Off
The Last Dog & Pony Show
The Cold Vein
Other People's Pussy
The Glory Hole
Meat Whiplash
Truckload of Trouble
Goat Sucker
Gusher
Beauty & Ruin
Bloater
The Signature Move
Black Sheets of Rain
Guatemala Kill-Pit
The Stooge
Real Americans
We encounter .....muscle vests, scars, drunks, pimps, kickbacks, bouts, strip clubs, cocaine binges, knuckle-dusters, Big Dick's bar, a fake Rolex, a double-wide, hooker jeans, a white power rally, a meat king, pancakes, chemical toilets, a knife attack, toupees, sweaty thighs, burnt food and urine..... and that's as far as page 7 takes us.
I suppose a cover to cover one sitting reading probably isn't the best way to enjoy the book, as there's no real let up in intensity throughout. Perhaps after a while I was somewhat anaesthetised to the power of his descriptions. A more leisurely look - two or three a day over the course of a week, might have been a better way to go. I do have the option of revisiting the book at a later date and doing just that. It's a keeper.
4.5 from 5 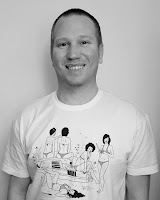 I've still got some catching up to do on this author's work. He's one of a select band of author's whose new books have to be acquired as soon as they drop.
Meat Bubbles and Other Stories  and Skull Meat have been enjoyed before.