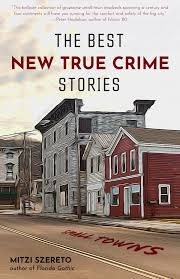 Synopsis/blurb....
A collection of non-fiction accounts by international writers and experts on small town true crime shows readers that the real monsters aren’t hiding in the woods, they’re inside our towns.
Small towns aren’t always what they seem. We’ve been told nothing bad happens in small towns. You can leave your doors unlocked, and your windows wide open. We picture peaceful hamlets with a strong sense of community, and everyone knows each other. But what if this wholesome idyllic image doesn’t always square with reality? Small towns might look and feel safe, but statistics show this isn’t really true.
Tiny town, big crime. Whether in Truman Capote’s detailed murder of the Clutter family or Ted Bundy’s small-town charm, criminals have always roamed rural America and towns worldwide. Featuring murder stories, criminal case studies, and more, The Best New True Crime Stories: Small Towns contains all-new accounts from writers of true crime, crime journalism, and crime fiction. And these entries are not based on a true story―they are true stories. Edited by acclaimed author and anthologist Mitzi Szereto, the stories in this volume span the globe. Discover how unsolved murders, kidnapping, shooting sprees, violent robbery, and other bad things can and do happen in small towns all over the world.
A bit of true crime reading for a change and a collection of essays/reports/accounts on a variety of different crimes throughout the ages and in locations all across the globe.
The full contents are
INTRODUCTION
1. SNOWTOWN by ANTHONY FERGUSON
2. A TRAGEDY IN POSORJA: WHEN “PEOPLE’S JUSTICE” GOES HORRIBLY WRONG by TOM LARSEN
3. ABOUT A BOY by C L RAVEN
4. TWENTY CENTS’ WORTH OF ARSENIC by EDWARD BUTTS
5. “I KILL FOR GOD” by MITZI SZERETO
6. THE SUMMER OF “THE FOX” by MARK FRYERS
7. WHO KILLED GABRIELE SCHMIDT: THE TRUE STORY AND THE MYSTERY SURROUNDING A FORGOTTEN MURDER by ALEXANDRA BURT
8. BULLETS AND BALACLAVAS: THE LONG, COLD ORKNEY SHOOTING by CHARLOTTE PLATT
9. THE BLACK HAND AND GLASS EYE OF EARLIMART: A KILLER’S PERSPECTIVE by CHRISTIAN CIPOLLINI
10. CRIME HAS COME TO PENAL! by IRIS LEONA MARIE CROSS
11. THE VOODOO PREACHER by DAVID BRASFIELD
12. “LA BELLA ELVIRA”: MURDER IN THE TUSCAN HILLS by DEIRDRE PIRRO
13. THE DOCTOR, THE DENTIST, AND THE DAIRYMAN’S DAUGHTER by PAUL WILLIAMS
14. IN THE HOME OF THE CANNIBAL by JOE TURNER
15. NAMELESS IN VAN DIEMEN’S LAND by STEPHEN WADE
REFERENCES FOR “THE SUMMER OF ‘THE FOX’ ”
ABOUT THE EDITOR
ABOUT THE CONTRIBUTORS
I enjoyed reading the different accounts of crimes, though a month on few of the details have really remained regarding any of the cases discussed bar two.
Re-checking the collection the crimes illustrated are far-reaching...... Australia, Ecuador, Wales, the US, Germany, Scotland, England, Italy and Tasmania.
One disturbing case concerns a German cannibal, who managed to meet a consenting victim via an internet chat room. The degrees of mental illness that would need to be present to either be the willing supplicant here or the perpetrator must be staggering.
The other case that struck a chord concerned "the Fox." Malcolm Fairley was a burglar turned rapist who terrorized England's Home Counties area during the mid-80s for a period of about six months before he was captured. He remains in prison to this day.
Why the familiarity? I worked with one of his victims and whilst she had a lucky escape, the trauma she suffered changed her dramatically. She left the workplace shortly after the incident and to be truthful it wasn't something you could discuss with her.
My wife, though not my wife then, knew another of the victims. At the time she lived in one of the nearby villages where Fairley struck. He subdued a girl, her boyfriend and her brother and subjected them to a degrading and sickening assault. Absolutely vile and monstrous. A sick man with a sick mind. If he's never let out it will be too soon.
I can dimly recall the fear that infected the populace, the newspaper reports and daily headlines, the extra security precautions people took, the boom in sales of weapons - mainly shotguns, and the aftermath of an attack - the shock, the outrage, the rumours and conversations dominated by one man.
Major incidents and news events always seem to happen to other people in other areas and you sympathise with those affected, and then you change the channel or turn the page and get on with your life. Sometimes, very rarely events touch you closer to home.
Overall - an interesting change to my usual reading. 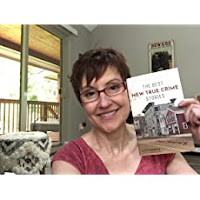