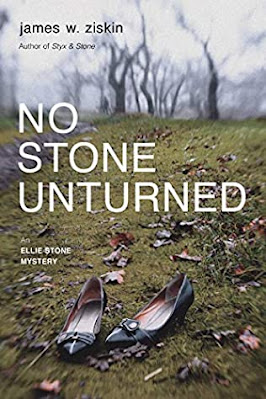 In her second mystery, Ellie Stone - a young reporter in 1960s' upstate New York - plays by her own rules while searching for a killer, putting her own life at risk.

A dead girl in the woods. Three little oil spots on the dirt road. A Dr. Pepper bottle cap in the shallow grave. And a young reporter, armed with nothing but a camera.

Evening is falling on a wet, gray, autumn day in upstate New York. Ellie Stone, twenty-four-year-old reporter for a small local daily, stands at a crossroads in her career and in her life. Alone in the world, battling her own losses and her own demons, Ellie is ready to pack it in and return to New York a failure. Then she hears the dispatch over the police scanner.

A hunter, tramping through a muddy wood north of the small town of New Holland, has tripped over the body of a twenty-one-year-old society girl half-buried in the leaves. Ellie is the first reporter on the scene. The investigation provides a rare opportunity to rescue her drowning career, but all leads seem to die on the vine, until Ellie takes a daring chance that unleashes unintended chaos.

Wading through a voyeuristic tangle of small-town secrets, she makes some desperate enemies, who want her off the case. Dead if necessary.

No Stone Unturned is the second in author James W. Ziskin's Ellie Stone series after Styx & Stone, which I read back in late 2013. I enjoyed that. I enjoyed this. I'm not sure why it took me six or seven years to get around to following up, probably the volume of books competing for my attention I suppose.

A strong, feisty female protagonist, a young woman's murder, a clueless police chief - ergo an amateur  investigation led by our intrepid reporter, aided in part by the victim's father's sanction.

I do like a small town mystery where the inhabitants all have secrets they would rather remain private. Some of these concern a notorious motel which is the local hook up joint of choice, complete with it's own peeping Tom - a young Hispanic man with a camera. He's a ready made suspect for a not so diligent sheriff. Some secrets concern the Boston college which the victim attended; concealed relationships with students and professors alike, both avenues of investigation. In her home town, there are old childhood friends and contacts from school that demand scrutiny as well.

I quite liked the slow drip, drip uncovering of information by Ellie. Some she uses to advance her own inquiries, some she uses to aid the sheriff and try and steer him in the right direction. Some is used to keep her in a job at her newspaper. As a young female in the early 60s, her ambition and abilities are often disregarded because of her gender. Not least in her role at the newspaper, where nepotism in addition to her sexuality see her continually under pressure and having to fight her corner.

Decent pace, interesting setting both locale wise and the timing of the novel. Ellie has worked for Kennedy's campaign, in a town where the bumper stickers mainly advocate Nixon. Great main character - she knows her own mind. She likes a drink and a roll in the hay - on her own terms. Strong, independent, intelligent and pretty fearless, as she refuses to be cowed when receiving threats. I like her a lot.

Decent outcome - all questions answered, with a satisfying conclusion.

To date Ziskin has written seven books in his Ellie Stone series. I think I have a few more on the pile. Hopefully I won't leave it so long before my next encounter. 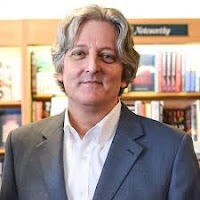