More for my own amusement than anything else.... 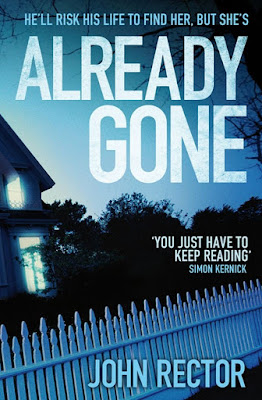 John Rector - Already Gone (2011) - bought
An author that I've heard of, bought a couple of books by, but haven't gotten around to reading yet. One more can't hurt....
Jake Reese is a writing teacher at an American university. He lives in a small brick Tudor close to campus with his art buyer wife, Diane. His life is quiet - ordinary even. And he likes it that way. But it wasn't always quiet. Jake's distant past was a life on the streets, inflicting damage and suffering on more people than he can count. And now someone from his past, it seems, has come looking for him.
A raw, gripping thriller about the price paid for past sins, John Rector's third novel is a live wire that crackles with the intensity of a man with nothing left to lose. When two men attack Jake in a parking lot and cut off his finger, he tries to dismiss it as an unlucky case of being in the wrong place at the wrong time. But when events take a more sinister turn and Diane goes missing, Jake knows he can no longer hide from the truth. As he embarks on a mission to find his wife, he realizes his dark past is refusing to stay buried, and that his future is about to unfold in ways he could never have imagined.
Taut and brooding, Rector paints a formidable portrait of a reformed man's slow descent into a life he thought he had walked away from forever. As the intensity becomes almost unbearable, the pace quickens and the suspense applies an unrelenting, vice-like grip, as Already Gone hurtles toward its ultimate, explosive climax. 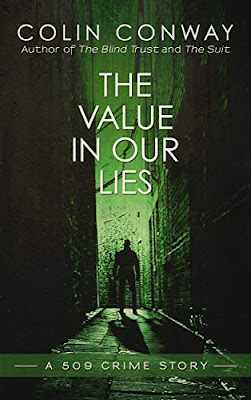 Colin Conway - The Value in Our Lives (2020) - author copy
I've enjoyed a few of Colin Conway's books before, mainly his Charlie 316 series which is co-authored with Frank Zafiro. Cozy up to Death - part of a three book solo series was pretty entertaining.
Detective James Morgan believes in a different set of rules—for the cops.
A violent and ruthless gang has its sights set on Eastern Washington. The Spokane Police Department’s Criminal Task Force receives the unenviable assignment of confirming this rumor.
As the senior detective of the CTF, Morgan leads by example. It has earned him respect from other officers, suspicion from the brass, but unmistakable fear from the criminals he contacts. And that is precisely the way he likes it.
When a new drug hits the street, Morgan believes he knows who is behind it. He’s not going to let anyone or anything stop him from proving that truth—even if it means he needs to bend the law in the process.
The Value in Our Lies is the fifth book in The 509 Crime Stories, a series of novels set in Eastern Washington with revolving lead characters. If you like hard-hitting police procedurals with compelling personalities, then grab this book today. 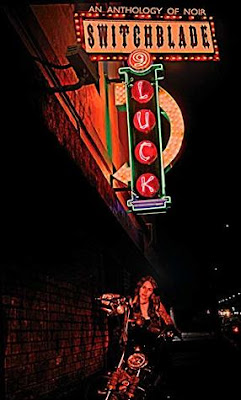 Scotch Rutherford (ed.) - Switchblade 9 (2020) - bought
An enjoyable crime anthology which appears a few times each year.
Issue 1  and the Stiletto Heeled special have been enjoyed previously.
Switchblade number Nine is all about gaslighting, the outfit, racketeering, prostitution, and the priesthood. Issue nine takes a stab at insanity, revenge, and new beginnings. Unlike the bulky heavyweight issues of the past, this issue is lean and mean, like Tommy Hearns. Featuring Paul D. Marks, Glenn A. Bruce, John Kojak, J. Rohr, Willie Smith, Richard Risemberg, A.F. Knott, Stefen Styrsky, Fred Rock, Mark Slade, and Jack Bates. And just like The Motor City Cobra, this issue packs a punch, leaving you with legs of jelly, grasping for consciousness. 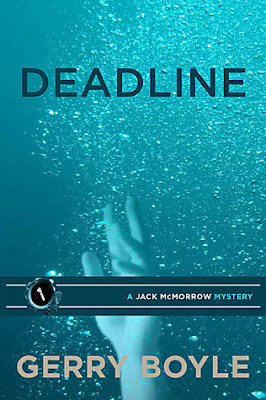 Gerry Boyle - Deadline (1993) - bought
Another author I've heard of but never tried.
Deadline is the first in a longish series featuring a crime reporter, Jack McMorrow
Jack is back in this dynamic rerelease of best-selling crime writer Gerry Boyle s first novel. Meet Jack McMorrow, a hard-hitting crime reporter for the New York Times now living in the backwoods of Maine, near the paper plant in Rumford. Jack s there to run the local paper, but when a unpopular photographer is found drowned in a nearby canal, Jack gets drawn into a complicated game that has kept members of the town silenced and in fear for their lives. Maine may be the place where life is as it should be, but McMorrow finds out staying alive may be harder than he thought." 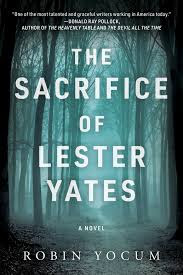 Robin Yocum - The Sacrifice of Lester Yates (2021) - Edelweiss early reviewer site
I'm a big fan of Robin Yocum's work. Both of the books I've read by him previously - A Brilliant Death and A Welcome Murder  were 5 STAR BANGERS!
A new political thriller from the author of bestselling novel The Essay.
Lester Yates is the notorious Egypt Valley Strangler, one of the country’s most prolific serial killers. Or, is he? Yates is two months from his date with the executioner when Ohio Attorney General Hutch Van Buren is presented with evidence that could exonerate him. But Yates is a political pawn, and forces exist that don’t want him exonerated, regardless of the evidence. To do so could derail presidential aspirations and change the national political landscape. Yates’ execution will clear a wide political path for many influential people, including Van Buren, who must battle both the clock and a political machine of which he is a part.
Robin Yocum has been compared with E. Annie Proulx for his authenticity of place, and Elmore Leonard for his well-laid plots and perfect pacing. Arcade is thrilled to publish The Sacrifice of Lester Yates, which is Yocum at his best: suspenseful, political, and smart. 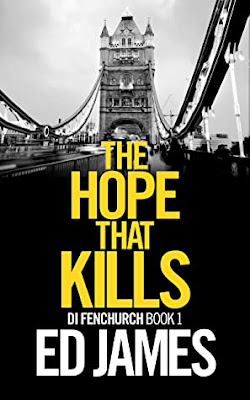 Another punt in the dark. Probably a bookbub special offer at the time. East London setting and a bit of grit - both plusses.

A missing daughter. A haunted cop. A deep, dark mystery.

When a young woman's body is found in a disused East London building, in the shadow of the City of London’s gleaming towers, DI Simon Fenchurch takes charge but soon faces an impossible situation.

The victim has no ID on her, just hard-earned cash, but there is no doubting the ferocity of the attack. As Fenchurch and his team in the Met police service try to identify her and piece together her murder, they’re faced with cruel indifference at every turn. Nobody cares about yet another dead prostitute.

To Fenchurch, however, she could just as easily be Chloe, his daughter still missing after ten years, whose memory still haunts him, his burning obsession having killed his marriage.

But the discovery of a second body forces Fenchurch to peel back the grimy layers shrouding the London sex trade, confronting his own traumatic past while racing to undo a scheme larger, more complex and more evil than anything he could possibly have imagined.

Murder is intercut with humour in this fast-paced crime whodunnit set on the gritty streets of East London.